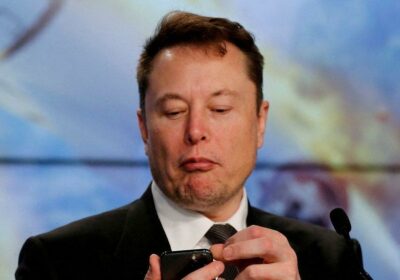 The Tesla CEO Elon Musk has said that his deal to buy Twitter is temporarily on hold following research that suggests less than 5% of the platform's users are spam or fake accounts.

As with many of Musk's tweets, it's unclear whether he is joking or seriously considering suspending the $44 billion (£36bn) Twitter deal, which has been in the works for weeks now.

According to Bloomberg, Twitter shares dropped by around 11% almost immediately following the tweet, while Tesla shares gained by 4.9%.

Spam bots have been at the centre of Musk's justification for buying the social media giant. On April 21, before the buyout deal was finalised, Musk tweeted: "If our Twitter bid succeeds, we will defeat the spam bots or die trying!".

Meanwhile, at this month's Met Gala, he reportedly said: "If someone is operating a bot and troll army, then I am definitely their enemy.

The link Musk shared today was from Reuters, covering a new filing from Twitter on Monday that false and spam accounts make up less than 5% of the platform's daily users.

It could be that Musk sees no way forward for the deal, as his mission to weed out spam bots from the platform might now be pointless if there isn't as many on Twitter as he first thought.

Musk is expected to become chief executive of Twitter once his buyout deal is secure, which is predicted to take place between three to six months from now.

Last month it was confirmed that the SpaceX CEO secured the deal to take over the micro-blogging platform.