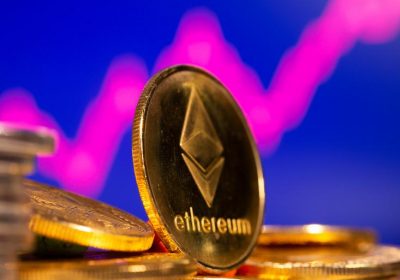 FILE PHOTO: A representation of virtual currency Ethereum are seen in front of a stock graph in this illustration taken February 19, 2021. REUTERS/Dado Ruvic/Illustration

SINGAPORE (Reuters) – Cryptocurrency ether extended gains to another record peak on Tuesday, after breaking above $3,000 for the first time a day earlier as investors bet on its growing utility.

Traders have attributed the gains – which amount to some 365% for the year to date – to a catch up on bitcoin’s late 2020 leap and as upgrades to the ethereum blockchain make it more useful.

The ether/bitcoin cross rate stood at its highest in more than two-and-a-half years on Tuesday while bitcoin was steady at $57,295.