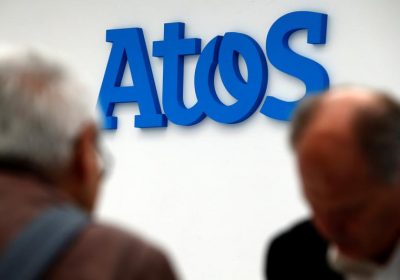 LONDON (Reuters) – France’s Atos has made a more than $10 billion takeover approach for U.S. rival DXC Technology in what would be the deal-hungry IT consulting group’s biggest acquisition, two sources with knowledge of the matter said.

Atos, which is working with advisers on a bid for the former Hewlett Packard Enterprise business, made a formal approach to New York-listed DXC this week, the sources told Reuters on condition of anonymity.

Atos and DXC did not respond to requests for comment. A tie-up with DXC would boost Atos’ presence in the United States, giving it access to a wide range of clients and B2B products including analytics and cloud applications as well as IT outsourcing services.

Discussions are still at a preliminary stage and there is no certainty that a deal will be agreed, the sources added.

If successful, a deal with DXC would also lead to synergies and cost savings for Atos, which has been on an acquisition spree in recent years, the sources said.

The French firm spent $3.4 billion to buy Michigan-based IT services provider Syntel Inc in a cash deal in 2018, ranking as its biggest deal so far.

DXC, founded in 2017 when Hewlett Packard Enterprise spun off its enterprise services business, has been grappling with rising debt, with boss Mike Salvino taking the helm in 2019 and subsequently announcing a strategic review of non-core assets.

“DXC is too small to operate on its own in a low margin world,” one of the sources said.

DXC unveiled plans on Wednesday to sell its Fixnetix unit – which provides outsourced front-office trading services to investment banks, hedge funds and exchanges among others – to Options Technology for an undisclosed amount.

Last year it pocketed $5 billion from the sale of its healthcare technology business to private equity firm Veritas Capital.

Atos, led by CEO Elie Girard, has recently embarked on a series of bolt-on acquisitions, buying cybersecurity, artificial intelligence and digital consultancy firms in a bid to grow its revenues by 5% to 7% in the mid-term.

After cancelling its 2020 dividend payout in April, Atos said it would maintain its dividend policy and use remaining free cash flow to finance further acquisitions.