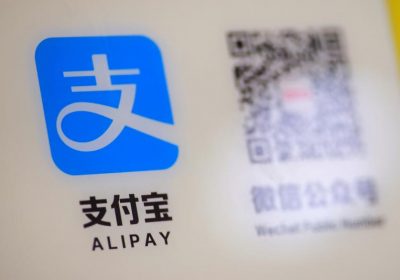 FILE PHOTO: A logo of the electronic payment service Alipay that belongs to Ant Group Co Ltd is seen at a vending machine in Beijing, China December 30, 2020. REUTERS/Thomas Peter/File Photo

The order, first reported by Reuters, tasks the Commerce Department with defining which transactions will be banned under the directive and targets Tencent Holdings Ltd’s QQ Wallet and WeChat pay as well.

The move is aimed at curbing the threat to Americans posed by Chinese software applications, which have large user bases and access to sensitive data, the official said.