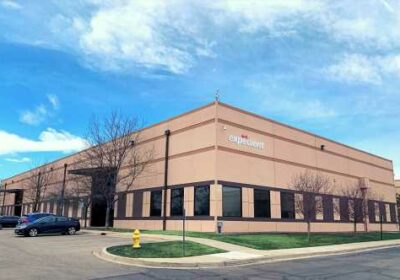 Expedient, which provides cloud services to clients nationwide, has opened a new data center in the Denver area and expects to hire about 100 people over the next several months.

The 32,000-square-foot facility in Centennial is the company’s 14th data center in the U.S. Expedient, based in Pittsburgh, recently opened centers in Phoenix and Milwaukee.

The company, started in 2001, sees a location in the Denver area as a significant milestone and a good fit for the organization, said Bryan Smith, senior vice president and chief strategy officer.

“We had places in the East, Midwest and the far West, but we didn’t have the nice coverage in the center” of the country, Smith said Tuesday.

As of Wednesday, the center was open for business with about 20 employees on hand to run it. Smith said 75 other positions, including engineers and design architects, have been posted.

A presence in the Denver area is key to expanding the company’s footprint in the West, Smith said. Similar to the East and West coasts, he added, the Denver community has been an early adopter of “a true hybrid cloud” approach, or a mix of onsite and private and public cloud services.

“Just in the early conversations, it’s been really impressive to see the technical talent and just the openness for those types of adoption of technology to really push their businesses forward,” Smith said.

Even before opening the facility in Centennial, Smith said, Expedient “started getting a footprint of people in the Denver area because the access to talent was really strong.”

Many Expedient employees work remotely, but Smith expects to hire several from the Denver area for the Centennial site.

“We are excited to welcome the Expedient data center to the Colorado technology ecosystem,” Frannie Matthews, CEO of the Colorado Technology Association, said in a statement. “Expedient’s commitment to locate its new data center in Colorado speaks well of our state as a vibrant technology hub.”

Smith said rather than compete with the larger cloud-services providers, Expedient is more of a complement to those providers and helps businesses modernize their systems. The company has at least 1,500 clients nationwide that include Harley-Davidson, Bob Evans Farms, University of Phoenix, Blue Cross Blue Shield and Under Armour.

While not disclosing what Expedient paid for the building in Centennial, Smith said the company is investing $5 million for upgrades to the facility, originally built by Digital Fortress of Denver as a data center.

“We view Denver as a hub and a gateway to augment our existing client base,” Expedient spokesman Andre Fuochi said.