Facebook has struggled for years to figure out what is and isn't hate speech on its platform. This week, a "bug" revealed that Facebook might be thinking about crowd-sourcing the question.

At the bottom of each post on my News Feed on Tuesday morning, US time, was the same question: "Does this post contain hate speech?" It appeared on everything from news articles to personal updates to a picture of my cat: 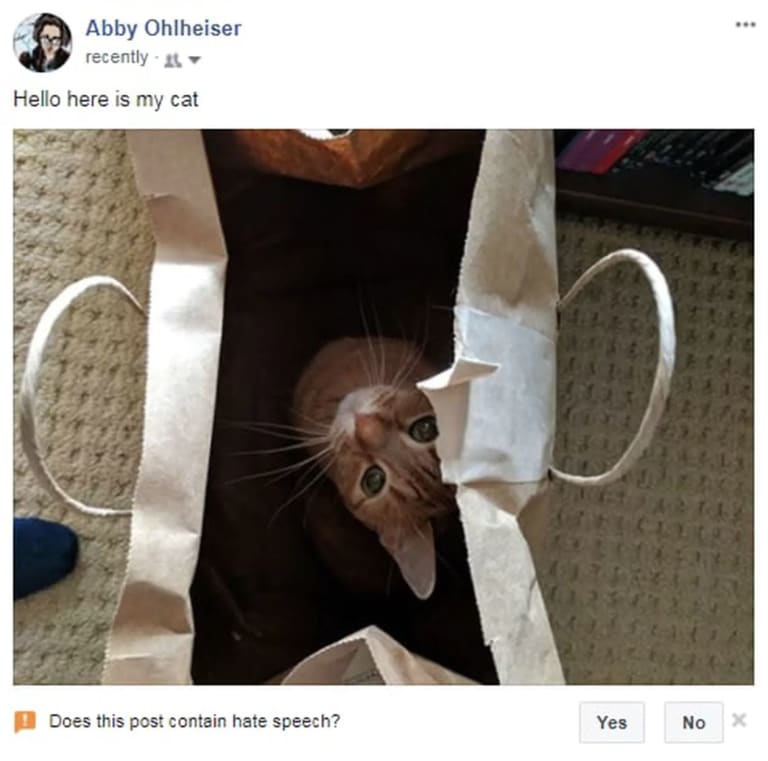 The question appeared — and disappeared — for many Facebook users, who began commenting with amusement and alarm at the variety of posts that Facebook wanted to know about.

Here are a few from my colleagues: 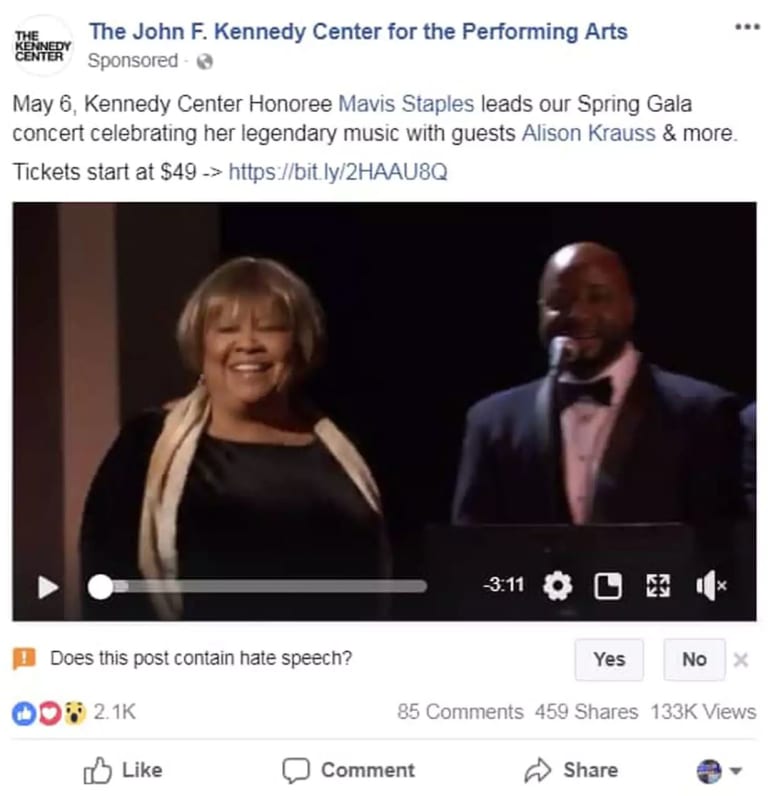 The survey appeared on a huge breadth of posts.

"This was an internal test we were working on to understand different types of speech, including speech we thought would not be hate. A bug caused it to launch publicly. It's been disabled," a Facebook spokesperson said.

For instance: Facebook once removed Nick Ut's iconic Vietnam War photograph, claiming it violated the site's policy on nudity. The platform defended, and then reversed, the decision, after the photograph's removal outraged basically the entire country of Norway. And minority groups have long said that they believe Facebook's rules and enforcement unfairly punish those who try to call out hate speech and racism.

Here is how Facebook currently defines hate speech, in case you were curious:

"A direct attack on people based on what we call protected characteristics; race, ethnicity, national origin, religious affiliation, sexual orientation, sex, gender, gender identity, and serious disability or disease. We also provide some protections for immigration status. We define attack as violent or dehumanising speech, statements of inferiority, or calls for exclusion or segregation."

According to the newly-published guidelines, moderators should allow content calling out hateful speech that would otherwise violate their prohibition against it, "but we expect people to clearly indicate their intent" when doing so. "Where the intention is unclear, we may remove the content." 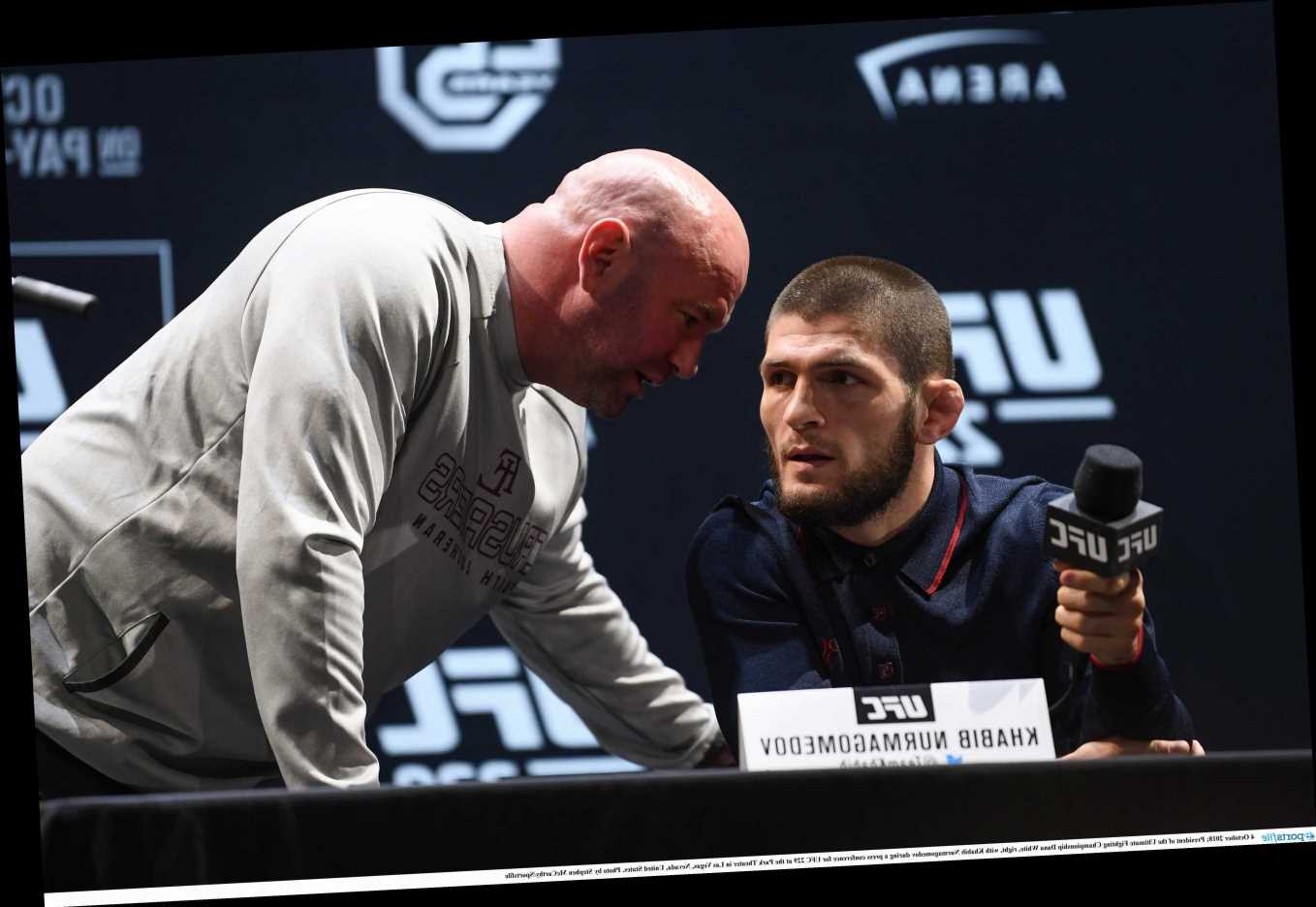