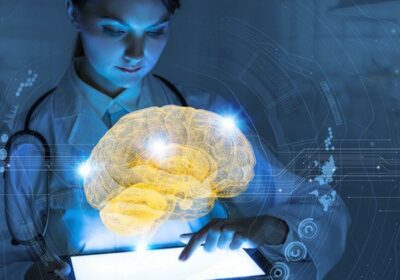 A new artificial intelligence can translate words and even entire sentences by scanning brain activity.

The AI, developed by Facebook's parent company Meta, is able to guess the words inside people's heads with up to 73% accuracy.

Meta researchers in Paris built an AI language model made up of 56,000 hours of speech recordings in 53 languages.

READ NEXT: One-man SpaceX builds his own rocket just like Elon Musk's

They then asked 169 volunteers to listen to stories and sentences from classics like Alice in Wonderland while their brains were being scanned. By measuring brain signals, the AI was able to decipher what the person had heard from the story.

In this way, the volunteers' brains acted as an intermediary between the AI and a recording, giving Meta a powerful tool to understand thought on less than three seconds of brain data. The correct answer was usually in the AI's 'top 10 guesses'.

However, the machine has almost no practical use because of how expensive it is, making it impractical for clinical uses. A computer scientist, Giovanni Di Liberto from Trinity College Dublin, told Science News: "What can we do with it? Nothing. Absolutely nothing."

Another problem is that the AI was only trained on a limited sample of language data, making it very difficult for general use. This is because language is infinite and can be used in many different ways.

It's all part of a race to build effective 'brain computer interfaces' which will allow people to control devices using the power of thought alone.

In one instance, Elon Musk's 'Neuralink' brain chips could 'give users orgasms on demand' and allow them to control robotic limbs.