For years Facebook fans have wanted the platform to introduce a dislike button, so you could give stupid comments a big fat thumbs down.

While you can already do it on Messenger it’s just not the same as public comments.

Well, now the company is trying out something similar, and by that we mean they’ve pretty much nicked the up and down vote system from Reddit.

Currently only happening in Australia and New Zealand, the social media giant is trialing the system that sees users anonymously select whether a comment is helpful and insightful, or the opposite. Facebook is hoping the system will ‘support better comments’.

The thinking behind this system is that Facebook will display comments voted most helpful will be displayed at the top of the replies on a post.

A Facebook spokesperson explained to iNews: “People have told us they would like to see better public discussions on Facebook, and want spaces where people with different opinions can have more constructive dialogue. 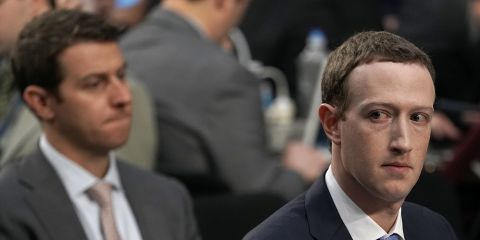 “To that end, we’re running a small test in New Zealand which allows people to upvote or downvote comments on public Page posts.

“Our hope is that this feature will make it easier for us to create such spaces, by ranking the comments that readers believe deserve to rank highest, rather than the comments that get the strongest emotional reaction.”

Facebook has recently come under fire after users discovered it logged all their texts and calls, after it displayed sexually explicit search results and, of course, there was that whole Cambridge Analytica scandal.