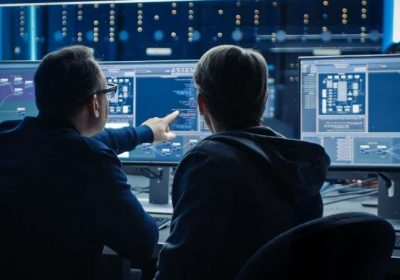 Cloud services platform Fastly has seen its stock price jump, and is being praised by experts, despite a fault in its systems taking a sizeable chunk of the internet offline on Tuesday night.

The worldwide outage had major sites and services including The Age, The Sydney Morning Herald, Amazon, eBay, Etsy, Reddit, Spotify and Twitch all disappearing from the public internet from around 7.30pm AEST. 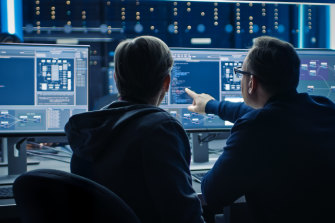 Fastly was able to get services back up and running relatively quickly.Credit:

But despite the chaos and an initial dip in the company’s shares, it finished more than 11 per cent higher on the New York stock exchange after the issue was quickly rectified in challenging conditions.

“It may be, perversely, increased awareness. Many investors might not have known [about Fastly] prior to the events. And the quick turnaround might have driven some positive thoughts about the organisation,” said analyst Foad Fadaghi, managing director at Telsyte.

“It’s gone up and down [over the last 12 months]. It’s a bit of a casino chip financial stock, which lends itself to speculative trading, I would say.”

Fastly is a content delivery network, meaning sites rely on it to store their data at various points around the globe in order to get it to consumers as fast as possible. There are relatively few such networks, with others including Akamai and Cloudflare.

Many programmers and coders joked on social media that Fastly’s team would never be able to fix the issue, as popular troubleshooting resources at Stack Overflow and Github were also affected. But sites were returned by around 9pm AEST, with Fastly attributing the issue to a problematic service configuration.

Akamai Labs’ chief technology officer Andy Champagne said there was no reason to think the outage was the result of a malicious attack.

“People were getting errors returned very quickly, which is an indicator of a service being unavailable, versus a cyber attack,” he said.

“In an attack it usually takes some time for the consumer to see an error.”

Mr Champagne said the more likely cause was, exactly as Fastly reported, a configuration error.

“This means that there could have been an error in a file or something as simple as a typo made by someone managing the system,” he said.

“Internet infrastructure is an amazingly complex web of dependencies, and reliability just doesn’t happen by accident. It takes a combination of technology and people working with rigorous precision to ensure it works like a well-oiled machine.”

A near-identical Fastly outage occurred in May 2020, and a similar outage this time last year was attributed to a configuration error at Cloudflare. There, a technical fault caused a cascade of failures, and an attempt to reconfigure took out a major data centre.