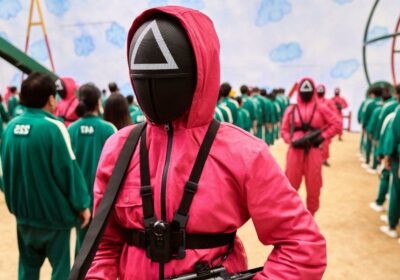 Just weeks after falling victim to a huge Squid Game crypto scam, one trader has come forward to share his embarrassment at being a millionaire "for about five minutes".

Scammers invented Squid Coin, a crypto currency billed as the next Bitcoin and inspired by the hit Netflix show Squid Game.

After tricking thousands of people into investing, the creators of the fake crypto coin sold off their reserves, tanking its value entirely and making off with the loot.

One victim of the scam took to Reddit to warn people "don't be like me" and to "be careful" about what they invest in.

The victim even admitted knowing it was a scam, but doing it anyway.

They continued, saying: "I thought, let me put $10 in this just for funnies. I got around 661 SQUID. As the days went by, I started to see it climb."

"I was thinking… Imagine if I could take this money out. Of course I knew that I wouldn't ever take the money out, I was fully convinced of that, but it was fun to see it happen."

"5 minutes later it crashed down to nothing […] I'm now able to say I was a crypto millionaire at some point of my life."

The creators of SQUID coin reportedly made off with around £2.3 million pounds, or around $3 million dollars, in what is called a 'rug pull' scam.

This is where creators of a cryptocurrency hold onto the vast majority of tokens and wait until investors 'pump' the value sky-high.

They then sell off their reserves, simultaneously making off with millions and crashing the value of the cryptocurrency entirely.

If you are planning to invest in cryptocurrency, make sure you do all of your research thoroughly and ensure you're buying from a reputable source before investing.