The comet Fornite fans have been waiting for – and perhaps even dreading – has finally collided with the land, as season four of the game officially commences.

So, did Tilted Towers get destroyed as predicted – or has the Battle Royale map changed in ways that fans weren’t expecting?

Well, after all that theorising, it turns out that the comet’s impact site was actually Dusty Divot rather than Tilted Towers, but don’t worry, it hasn’t wiped out the setting entirely.

Season 4 starts now! Jump in and witness the aftermath of the impact. Click the link in our bio to view the 4.0 Patch Notes

Season 4 starts now! Jump in and witness the aftermath of the impact. Click the link in our bio to view the 4.0 Patch Notes

Players of the popular game can now visit the crater left behind by the comet and explore the newly-created Hop Rocks, an area littered with glowing rocks with pretty cool consequences.

The rocks now gift players with an alien low-gravity ability, allowing you to float around like a superhero (via Eurogamer.net). Pretty cool, right?

Elsewhere in the season four update, changes and new additions can be found in the game’s Save the World mode, including a brand new blockbuster event.

Now that the comet has finally landed, players can investigate the debris and recruit superheroes to help them. Oh, and there’s also a new soldier subclass available, too. 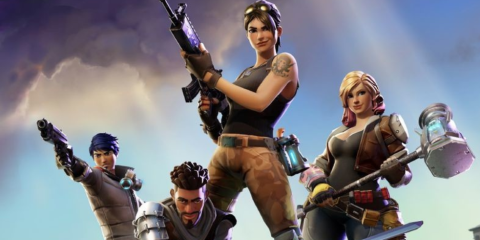 Fortnite‘s expansion should come as no surprise to fans – after all, the game has spent much of 2018 breaking records left, right and centre.

Earlier this year, Fortnite‘s developer Epic Games announced that it had clocked almost 3.5 million players on the game at a single time, while also revealing that 45 million players had entered Battle Royale at least once. Impressive!