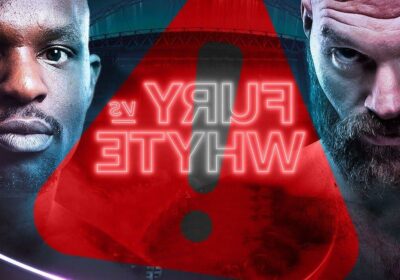 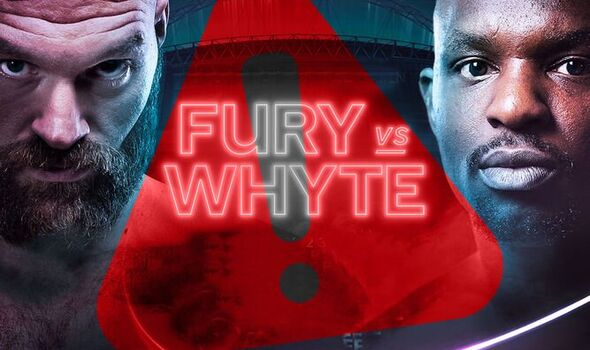 There’s a huge night of boxing action ahead with Tyson Fury and Dillian Whyte going head-to-head under the bright lights of the famous Wembley stadium. The arch-rivals will battle it out in front of a sell-crowd in North London with Fury defending his WBC heavyweight title and Whyte desperate to prove he’s a worthy champion. The bout is expected to get underway at around 10pm and if you’re not one of the lucky ones who has bagged a seat at Wembley you might be looking for ways to tune in and watch the action online.

BT has full and exclusive rights to the evening’s event with fans needing to cough up £24.95 to view the bout via the firm’s premium Box Office service. That’s a pretty hefty price to pay but trying to find free ways to view the fight could end up being even more costly.

Once things get underway later tonight, the internet will be littered with hugely enticing links that will claim to offer access to the bout without the need to pay a penny for the privilege.

Avoid that £25 fee and viewing for free is a very tempting option but before you start clicking on random webiste you should be aware of some serious hidden dangers.

Although many websites promise to beam every punch to your laptop they often feature plenty of nasty surprises that can install malware and data-stealing viruses.

Some illegal streams can even pinch identities and leave users open to attack from fraud. Then there are those that will ask for a small fee but once it’s paid the fight won’t actually be available to watch. In fact, all you’ve done is given cyber thieves full access to your credit card.

Speaking about the risks of watching tonight’s fight, CEO of FACT, Kieron Sharp warned: “With Tyson Fury announcing during the week that his fight this weekend against Dillian White is going to be his last before retirement, there will be a real clamour to see this fight.

“Boxing fans in the UK should know that if they’re not watching via official channels, not only are they breaking the law but they could be exposing themselves to harm. Illegal streaming sites are rife with scams and malware that put viewers at risk of fraud, identity theft, and other cybercrime.

“FACT and broadcast partners also shut down tens of thousands of these illegal streams during pay per view events, leaving viewers high and dry.

“We want fans to enjoy what will be a huge night of boxing in the safest way possible and the only way to do that is via legal means on BT Sport Box Office.”

Although malware and having credit card detail pinched are a major reason not to stream the fight there is another thing fans should watch out for if they decide to buy the fight.

It’s vital that you enjoy the action on your sofa without broadcasting anything on social media. A number of fans have fallen foul of this issue with one facing a bill of £85,000 after posting live action from Anthony Joshua’s fight against Wladimir Klitschko onto Facebook.

The live stream attracted an audience of over 4,000 people but also grabbed the attention of Sky who then landed the customer will a bill for copyright infringement.

HOW TO WATCH FURY v WHYTE

BT Box Office has all of the action from Wembley tonight with fans able to watch the Fury v Whyte fight via this premium service. Tuning in will cost £24.95 with Box Office available via BT, SKy and Virgin Media platforms.

CAN YOU WATCH WITHOUT A BT OR SKY BOX?

The answer is yes! You can watch BT Box Office events on mobile devices, Mac or PC with the BT Sport Box Office app for iOS and Android.

If you’re an EE, O2, Vodafone or Three customer, you can even add the payment to your phone bill.

CAN YOU WATCH IT FOR FREE?