Home » Technology » GameStop fan 'Roaring Kitty' to tell Congress: 'I like the stock'

GameStop fan 'Roaring Kitty' to tell Congress: 'I like the stock' 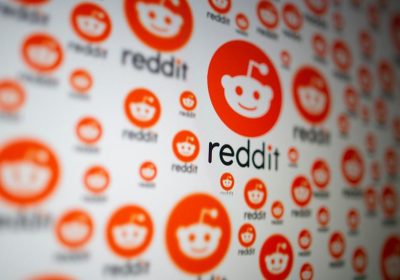 That is the key takeaway for Reddit’s Wallstreetbets army of retail traders to upcoming testimony to Congress from Gamestop super-bull Keith Patrick Gill.

The 34-year-old from Massachusetts who became the Pied Piper in a massive GameStop rally fueled by a Reddit discussion group will tell a Congressional hearing on Thursday that his enthusiasm for the struggling videogame retailer is backed up by his own research.

Social media platforms including Youtube, where Gill is known as “Roaring Kitty”, and Reddit’s Wallstreetbets discussion group level the playing field for small investors competing against hedge funds and other institutional investors, Gill said in a copy of his remarks here published by the House Financial Services Committee a day before the scheduled hearing.

The hearing on how Reddit users banded together to squeeze hedge funds betting against GameStop and other companies will feature rare opportunities for U.S. lawmakers to question powerful Wall Street players including top executives from Citadel LLC, Robinhood and Melvin Capital.

Fueled by snowballing enthusiasm on Wallstreetbets, shares of GameStop surged over 1,000% as of their intra-day high during two weeks in late January. The stock has since tumbled, but it remains up over 100% year to date, with many Reddit users still bullish and urging others in the discussion group sitting on painful losses to hold on and not sell.

“If he’s holding I’m holding,” was one of the top comments to a Reddit post linking to Gill’s testimony.

“I’m glad to be bag holding right now with this legendary dude,” commented another user.

Gill began sharing his bets with the group in September 2019, posting a portfolio screenshot indicating he had invested $53,000 in GameStop.

By late January, he was up over 4,000% on stock and options investments in the company, with his GameStop position plus cash worth nearly $48 million, according to his Reddit posts.

In his testimony, Gill, says he never attempted to get people to buy GameStop shares for his own profit. He describes himself as the first in his family to earn a four-year college degree, and said he struggled to find work before landing a job in 2019 at an insurance company, where he worked while researching stocks and investing his own money in his free time.

“I’ve been asked why I decided to share my investment ideas on social media. My investment skills had reached a level where I felt sharing them publicly could help others,” he said.