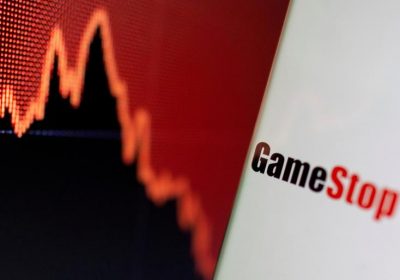 NEW YORK (Reuters) – Shares of video game retailer GameStop tumbled nearly 20% Tuesday to their lowest levels since the start of a retail investor-led surge that echoed across Wall Street.

Investors who followed the popular Reddit forum WallStreetBets helped push shares of GameStop to a closing high of $347.51 on Jan. 27 as part of a strategy to squeeze hedge funds that had taken a short bet on the retailer. Since then, GameStop has tumbled about 85% to near $40 a share.

The discussion of the stock was notably muted on Reddit as shares fell Tuesday.

“This really is like a party that’s dying down,” one user wrote here.

The average price target of analysts tracked by Refinitiv on the company is $13.44.