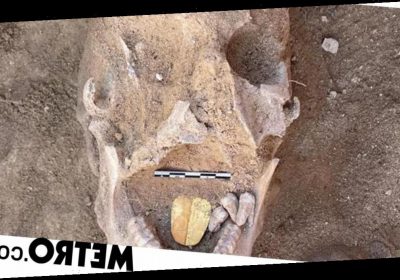 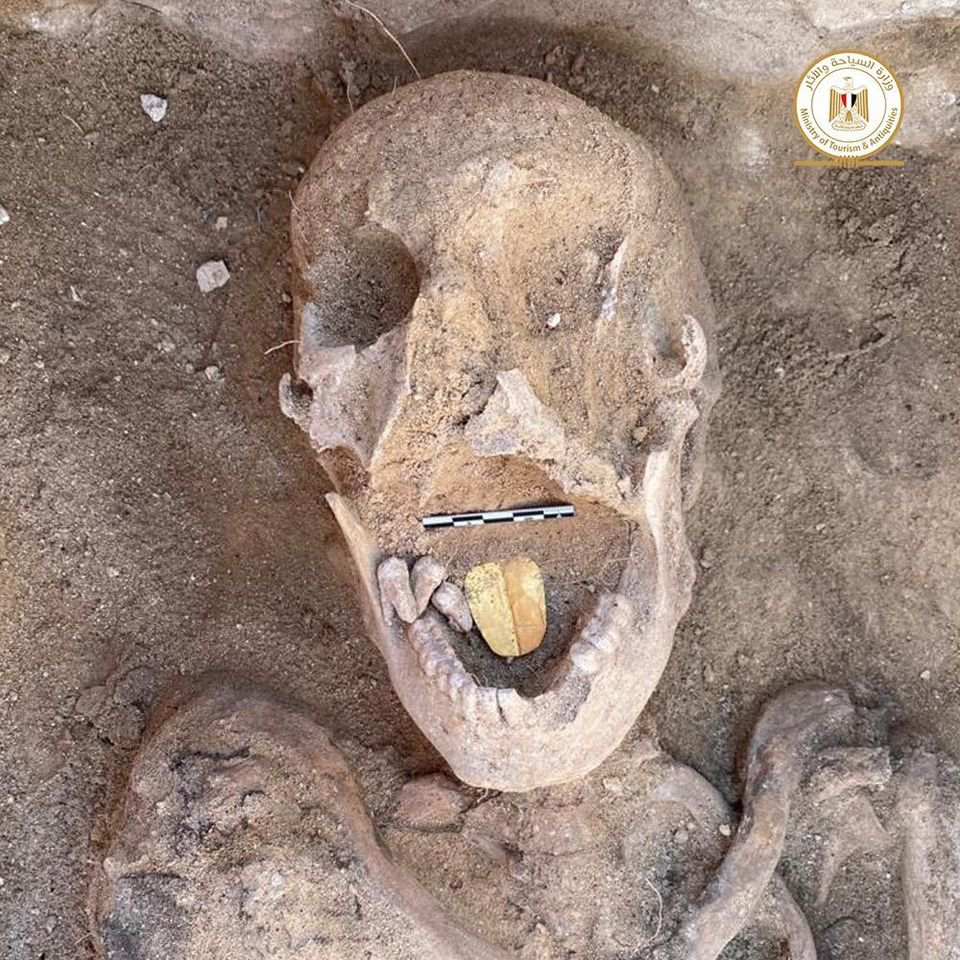 A startling discovery has been made at a 2,000-year-old burial site known as Taposiris Magna in Egypt.

One of the 16 mummies found in rock-cut tombs (burial shafts) by archaeologists had a tongue made out of solid gold.

The team behind the find speculated that the person’s tongue was removed during embalming.

It was replaced with the jewel because ancient rulers believed it would allow the dead to speak with Osiris – the god of the dead – in the afterlife.

The excavation is being led by the University of Santo Domingo, which has been working at the site for nearly a decade.

Within the tombs were a number of mummies and although the remains have since deteriorated, the stone funeral masks are still intact – allowing the team to see what each person may have once looked like.