Google was fined 500 million euros ($790 million) in France after the search giant failed to follow an order to thrash out a fair deal with publishers to use their news content on its platform.

The Alphabet Inc unit ignored a 2020 decision to negotiate in good faith for displaying snippets of articles on its Google News service, the Autorité de la concurrence said on Tuesday. The fine is the second-biggest antitrust penalty in France for a single company. 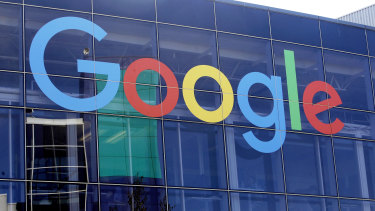 The fine is the second-biggest antitrust penalty in France for a single company.Credit:AP

France isn’t alone in trying to hold tech giants to account over their use of news. Australia earlier this year required digital giants like Facebook and Google to pay local publishers for news. Google has been increasingly paying publishers but on its own terms, with a $US1 billion Google News Showcase to point readers to news content.

The company is facing a global onslaught as regulators across the world sharpen scrutiny of the world’s largest tech firms, looking at its advertising business, apps and search. In Russia Google is seeking an out-of-court settlement after a court ruling it must unblock the YouTube account of a TV channel owned by a US-sanctioned backer of President Vladimir Putin.

“The sanction of 500 million euros takes into account the exceptional seriousness of the breaches observed,” said Isabelle de Silva, president of the French agency.

Google is “very disappointed” with the decision and considers it “acted in good faith throughout the entire process,” a spokesperson said. Google added that it is about to reach an agreement with Agence France-Presse that included a global licensing agreement.

The confrontation between Google and newspaper owners and wire services has been a long time coming. European publishers have been pushing regulators for over a decade to tackle the power of Google, which has lured away billions of euros in advertising revenue. Complaints were lodged in France in 2019 by groupings representing newspapers and magazines as well as Agence France-Presse.

Tuesday’s fine is the latest show of strength by the French regulator as it vies with its EU and German counterparts to be the region’s toughest watchdog of US tech firms.

In recent years, the authority has tended to order behavioural changes before the end of probes, which can drag on for years. While this has spurred other antitrust agencies to emulate the tactic, Google’s defiance risked jeopardising it.

[Isabelle de Silva, president of the French agency] criticised the tech giant for offering to pay the same amount for press content it did for dictionary listings or weather information.

Earlier this year, Google reached a deal to remunerate a grouping of French newspapers – Alliance de la Presse d’Information Générale. There have also been talks with magazine owners and AFP.

But de Silva said that regulators dismissed the remuneration offered by Google as “negligible.” She criticised the tech giant for offering to pay the same amount for press content it did for dictionary listings or weather information.

As part of Tuesday’s decision, Google was ordered to enter negotiations within two months of fresh requests from the plaintiff press publishers or face daily fines reaching as much as 900,000 euros a day.

Google may risk a further attack in the news case as French regulators are expected to issue a decision on the substance of the case, which may also include fines, at the end of the year.

Silicon Valley firms have been facing close French scrutiny in recent years, and Google. The search engine agreed last month to pay a €220 million penalty to settle a probe that struck at the heart of its power over online advertising and it got a €150 million fine in 2019 in a case focusing on its Google Ads platform.

The authority’s record €1.1 billion fine was issued last year against Apple after the US firm was criticized for anti-competitive agreements with two distributors over the sale of non-iPhone products such as Apple Mac computers. Apple is appealing the penalty.