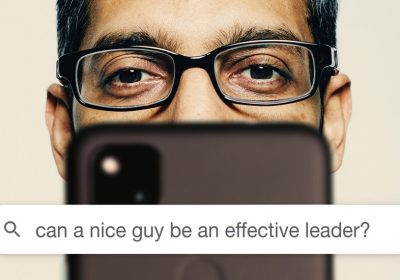 OAKLAND, Calif. — The seeds of a company’s downfall, it is often said in the business world, are sown when everything is going great.

It is hard to argue that things aren’t going great for Google. Revenue and profits are charting new highs every three months. Google’s parent company, Alphabet, is worth $1.6 trillion. Google has rooted itself deeper and deeper into the lives of everyday Americans.

But a restive class of Google executives worry that the company is showing cracks. They say Google’s work force is increasingly outspoken. Personnel problems are spilling into the public. Decisive leadership and big ideas have given way to risk aversion and incrementalism. And some of those executives are leaving and letting everyone know exactly why.

“I keep getting asked why did I leave now? I think the better question is why did I stay for so long?” Noam Bardin, who joined Google in 2013 when the company acquired mapping service Waze, wrote in a blog post two weeks after leaving the company in February.

“The innovation challenges,” he wrote, “will only get worse as the risk tolerance will go down.”

Fifteen current and former Google executives, speaking on the condition of anonymity for fear of angering Google and Mr. Pichai, told The New York Times that Google was suffering from many of the pitfalls of a large, maturing company — a paralyzing bureaucracy, a bias toward inaction and a fixation on public perception.

The executives, some of whom regularly interacted with Mr. Pichai, said Google did not move quickly on key business and personnel moves because he chewed over decisions and delayed action. They said that Google continued to be rocked by workplace culture fights, and that Mr. Pichai’s attempts to lower the temperature had the opposite effect — allowing problems to fester while avoiding tough and sometimes unpopular positions.

A Google spokesman said internal surveys about Mr. Pichai’s leadership were positive. The company declined to make Mr. Pichai, 49, available for comment, but it arranged interviews with nine current and former executives to offer a different perspective on his leadership.

“Would I be happier if he made decisions faster? Yes,” said Caesar Sengupta, a former vice president who worked closely with Mr. Pichai during his 15 years at Google. He left in March. “But am I happy that he gets nearly all of his decisions right? Yes.”

Google is facing a perilous moment. It is fighting regulatory challenges at home and abroad. Politicians on the left and the right are united in their mistrust of the company, making Mr. Pichai a fixture at congressional hearings. Even his critics say he has so far managed to navigate those hearings without ruffling the feathers of lawmakers or providing more ammunition to his company’s foes.

The Google executives complaining about Mr. Pichai’s leadership acknowledge that, and say he is a thoughtful and caring leader. They say Google is more disciplined and organized these days — a bigger, more professionally run company than the one Mr. Pichai inherited six years ago. 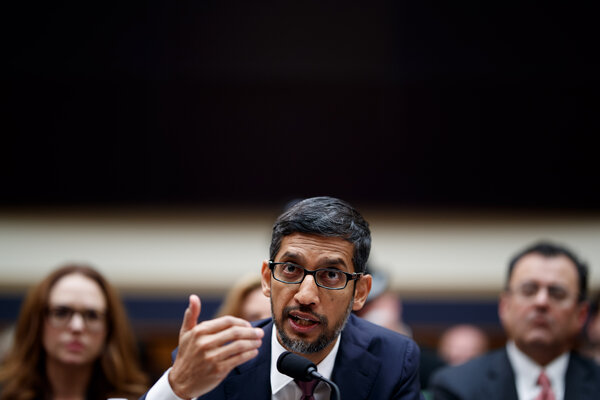 During his time leading Google, it has doubled its work force to about 140,000 people, and Alphabet has tripled in value. It is not unusual for a company that has grown so large to appear sluggish or unwilling to risk what has made it so wealthy. Mr. Pichai has taken some steps to counter that. In 2019, for example, he reorganized Google and created new decision-making bodies so fewer decisions needed his signoff.

Yet Google, which was founded in 1998, is dogged by the perception that its best days are behind it. In Silicon Valley, where recruiting and retaining talent serve as a referendum on a company’s prospects, executives at other tech companies said it had never been easier to persuade a Google executive to forgo a stable, seven-figure salary for an opportunity elsewhere.

Mr. Pichai, a former McKinsey consultant, joined Google in 2004 and quickly demonstrated a knack for navigating a company teeming with big egos and sharp elbows.

In 2015, when Google became part of Alphabet, Mr. Pichai took over as Google’s chief executive. He was promoted again to oversee the parent company as well when Larry Page, a Google co-founder, stepped down as Alphabet’s boss four years later.

In 2018, more than a dozen vice presidents at Google tried to warn Mr. Pichai in an email that the company was experiencing significant growing pains. They said that there were problems coordinating technical decisions and that feedback from vice presidents was often disregarded.

The executives — many of whom had spent more than a decade at the company — wrote that Google took too long with big decisions, making it hard to get anything done, according to five people with knowledge of the email. While not directly critical of Mr. Pichai, they said, the message was clear: Google needed more decisive leadership at the top.

Since then, several of the executives who signed onto the email resigned to take jobs elsewhere. At least 36 Google vice presidents have left the company since last year, according to profiles from LinkedIn.

It’s a significant brain drain of vice presidents, who total about 400 managers and serve as the leadership backbone across the company. Google said it was comfortable with its vice president attrition rates, which have been steady the last five years.

A common critique among current and former executives is that Mr. Pichai’s slow deliberations often feel like a way to play it safe and arrive at a “no.”

Google executives proposed the idea of acquiring Shopify as a way to challenge Amazon in online commerce a few years ago. Mr. Pichai rejected the idea because he thought Shopify was too expensive, two people familiar with the discussions said.

But those people said that they had never thought Mr. Pichai had the stomach for a deal and that the price was a convenient and ultimately misguided justification. Shopify’s share price has increased almost tenfold in the last few years. Jason Post, a Google spokesman, said, “There was never a serious discussion of this acquisition.”

One former executive said the company’s risk aversion was embodied by a state of perpetual research and development known internally as “pantry mode.” Teams will stash away products in case a rival creates something new and Google needs to respond quickly.

Mr. Pichai has also been known to go slow with personnel decisions. When Google promoted Kent Walker to senior vice president of global affairs in 2018, the company began a search for a general counsel to replace him. It took more than a year for Google to select Halimah DeLaine Prado, a longtime deputy in the company’s legal team.

Ms. Prado was at the top of an initial list of candidates provided to Mr. Pichai, who asked to see more names, several people familiar with the search said. The exhaustive search took so long, they said, that it became a running joke among industry headhunters.

In December, Timnit Gebru, a co-leader of Google’s Ethical A.I. team and one of its best-known Black female employees, said she had been fired after criticizing Google’s approach to minority hiring and writing a research paper highlighting biases built into its artificial intelligence technology. Initially, Mr. Pichai stayed out of the fray.

After 2,000 employees signed a petition protesting her dismissal, Mr. Pichai sent an email vowing to restore lost trust, while continuing to push Google’s view that Dr. Gebru was not fired. But it fell short of an apology, she said, and came across as public-relations pandering to some employees.

David Baker, a former director of engineering at Google’s trust and safety group who resigned in protest of Dr. Gebru’s dismissal, said Google should admit that it had made a mistake instead of trying to save face.

“Google’s lack of courage with its diversity problem is ultimately what evaporated my passion for the job,” said Mr. Baker, who worked at the company for 16 years. “The more secure Google has become financially, the more risk averse it has become.”

Some critiques of Mr. Pichai can be attributed to the challenge of maintaining Google’s outspoken culture among a work force that is far larger than it once was, said the Google executives whom the company asked to speak to The Times.

“I don’t think anyone else could manage these issues as well as Sundar,” said Luiz Barroso, one of the company’s most senior technical executives.

Mr. Pichai has made it a point to not act like a corner office “messiah” — a larger-than-life, autocratic boss who is often romanticized in the tech industry but can make for a toxic workplace, said Aparna Chennapragada, who was a vice president at Google before leaving in April to oversee product development at the Robinhood trading app.

Mr. Pichai has also gone through with tough, unpopular decisions, like cutting down on “vanity projects” that didn’t do much for the business, Ms. Chennapragada said.

His emphasis on the management team — rather than his ego — has led Mr. Pichai to get his deputies to make more decisions without him, the Google executives said. But he was notably decisive when it perhaps mattered the most: telling employees to start working from home as the coronavirus pandemic started to spread in the United States.

Discussions to acquire the activity tracker Fitbit, which closed in January, took about a year as Mr. Pichai wrestled with aspects of the deal, including how to integrate the company, its product plans and how it intended to protect user data, said Sameer Samat, a Google vice president. Mr. Samat, who was pushing for the deal, said Mr. Pichai had identified potential problems that he had not fully considered.

“I could see how those multiple discussions could make somebody feel like we’re slow to make decisions,” Mr. Samat said. “The reality is that these are very large decisions.”