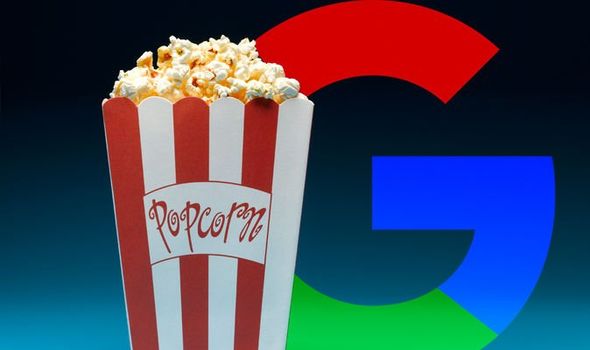 Google wants to celebrate some of the best of British cinema. As England remains under strict lockdown until early December, the Californian search giant plans to use its hugely-popular navigation app, Google Maps, to roll out the red carpet for British blockbusters and indie favourites. Google has hidden 40 beloved films across the UK on Google Maps. All of the films are available to stream for free for anyone who finds them.

Think of it like an Easter egg hunt, but the eggs are cherished movies like Skyfall and Shaun of the Dead. And instead of hunting outside (since we’re all remaining indoors to stop the spread of the virus) we’ll be scrolling on the Google Maps app on our iPhones and Android handsets. So yeah, almost identical to an Easter egg hunt.

Dubbed “Google Pixel Presents Mobile Cinema,” the virtual hunt will be coming “late November,” Google has teased. We don’t know the full list of movies that will be included, however, Google has revealed that Wallace and Gromit: Curse of the Were-Rabbit, Daniel Craig-fronted Bond movie Skyfall, endlessly quotable ITV 2 favourite Shaun Of The Dead and Academy Award-winner Phantom Thread will be included.

Clues in relation to the locations of the films will be released ahead of the search this month.

MORE LIKE THIS
Time to ditch Chrome? Millions flock to new Microsoft browser 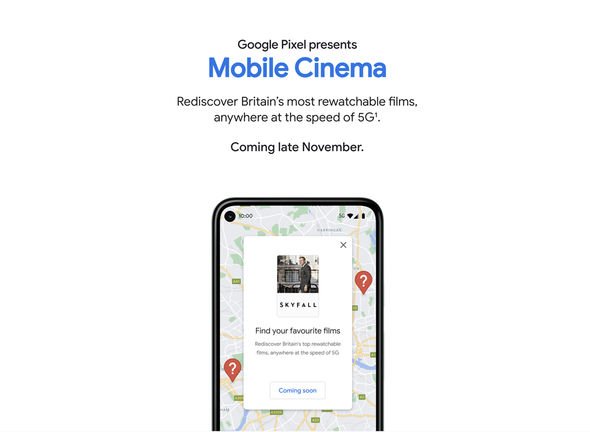 Soniya Jobanputra, product manager for Google Pixel, told NME: “As we enter another lockdown, we know that people are seeking familiarity; and find comfort in being able to reconnect to stories and characters that they know and love. ‘Google Pixel presents Mobile Cinema’ will allow the nation to rediscover these films from our past and instantly transport themselves, whether they’re on the sofa, in the park, or moving between rooms – Pixel 5G will allow you to download and watch these films instantly.”

Google and BFI specifically selected films designed to trigger nostalgia with film fans, according to Dr. Wing Yee Cheung, who is a senior lecturer in psychology and researcher on nostalgia at the University of Winchester.

“These movies are embedded with sensory memories of when we first watched them and whom we watched them with, which are key triggers of nostalgia,” Cheung said.

Once film fans follow the clues and discover the hidden films in a location on Google Maps, the movies will be available to watch from anywhere. There’s only one snag – participants will need to ensure their smartphone or tablet is connected to a 5G network in order to join in the fun and stream the action. With the introduction of 5G to all of its new Pixel devices, including the Pixel 4a 5G and Pixel 5, Google clearly wants to demonstrate the speeds available with this next-generation mobile technology.

For those who don’t know, 5G comfortably achieves speeds much, much faster than the UK average broadband speed, which was measured at 64Mbps earlier this year. So, if you can stream films on Netflix and Google Play Movies at home… chances are, you’ll be able to stream in higher quality with less load time on 5G from the same spot on your sofa, provided that you’ve got a 5G-capable device and signal.

Express.co.uk will have details on the latest clues for the free movies as soon as they’re posted online.