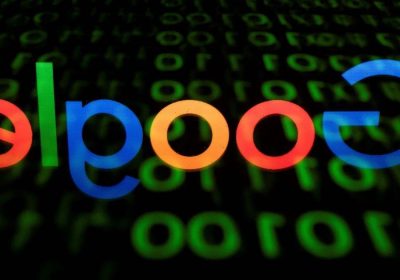 Every minute, 3.8 million searches are made on the site as people use to answer every single question they have.

However, some may not know the inspiration behind the name "Google". The secret behind its name is mathematical in nature.

Google was founded by by two college students, Larry Page and Sergey Brin, while they were at Stanford University.

The duo had the vision of creating a website that would rank web pages based on the number of other pages that linked back to them, almost like a web, and thus struck a partnership.

Working from their college dorm rooms, they created a search engine and named it… Backrub.

Soon after however, Backrub was renamed Google. A play on the mathematical expression ‘Googol’ for the number one followed by 100 zeros.

This name reflected the duo’s aim "to organise the world’s information and make it universally accessible and useful". The name was hand-picked to mirror the large amount of data that they were searching through during creation.

So, where did the term ‘Googol’ stem from? Taking it even further back another 70 plus years, before the likes of Google was even a figment of imagination mathematician Edward Kasner was on the hunt for inspiration.

While on a walk in the New Jersey Palisades in 1920 with his nephews, Milton Sirotta and Edwin Sirotta, Kasner looked to them to think of a word that he could use to coin the large number.

Then just nine years old, Milton responded with "Googol", a term that Kasner was fond of and therefore adopted as the official name.

Neither Kasner nor indeed Milton would have had any idea what that name would go on to influence and represent over the next 100 years.

Prior to this, Kasner was a prominent American mathematician who was appointed Tutor of Mathematics in the Columbia University Mathematics Department.

Specialising in differential geometry, his legacy extends further than introducing the name "Googol", he is also credited for the Kasner metric and the Kasner polygon.

Alongside James R. Newman, in 1940, Kasner co-wrote a non-technical book that surveyed the field of mathematics, named ‘Mathematics and the Imagination’. It was within these pages that the term "Googol" was first popularised.

At the same time as suggesting ‘Googol’ on the walk in 1920, Milton also proposed a further term for a larger number, "Googolplex" speculating that the number could start with the number one followed by writing zeros "until you get tired".

Kasner decided to adopt a more formal definition because "Different people get tired at different times and it would never do to have Carnera a better mathematician than Dr. Einstein, simply because he had more endurance and could write for longer".

It thus became standardised to the number one followed by a Googol zeros.

In the present day, Google’s headquarters are situated in Mountain View, California and are known as The Googleplex, a play on ‘Googolplex’.