Google's next smart device could use radar to track your sleep 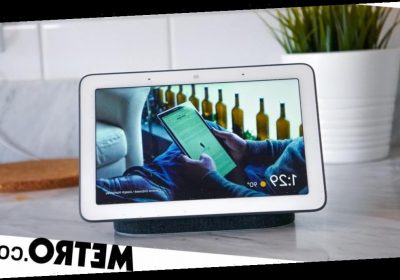 In a move that’s not remotely creepy at all, Google could employ radar technology in its next smart home device to scan you while you’re sleeping.

We must stress, this is nothing more than unconfirmed internet rumours at present. But the idea has just enough behind it to make it an interesting thought.

The device would be a new version of the Nest Hub line – a range of stationary displays with the Google Assistant built in that started life as the Google Home Hub back in 2018.

Because of the lack of a camera, many people felt comfortable putting these on bedside tables and using them as alarm clocks or as a control for their connected smart home devices.

But sources talking to 9to5Google have said the next version of the Hub will include the face-tracking technology that Google added to 2019’s Pixel 4 smartphone.

Known as Soli, the technology was a sensor that let you do things like wave your hands over the phone to skip through tracks, snooze alarms or silence phone calls. It also made sure that face-unlock was quick and accurate.

Hypothetically, adding it to a gadget that watches you sleep means it could monitor movement and breathing to pick up on things like sleep apnea. On waking, you could ask the device ‘how did I sleep?’ and get a pretty comprehensive breakdown.

How it will work if you sleep facing a different direction or don’t have a nightstand next to your bed remains to be seen.

We don’t know when Google will reveal this product but the suggestion from 9to5Google is that it could arrive sometime later this year.

The last ‘hub’ device was the Google Nest Hub Max which was launched in September 2019, so it seems likely that (if true) Google could bring another model out at some point this year.