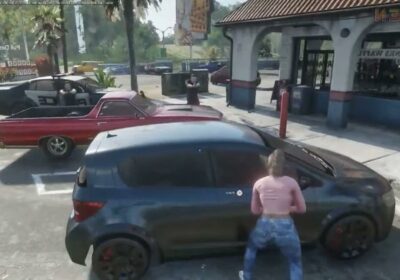 Footage of the eagerly-anticipated Grand Theft Auto 6 was reported to have been leaked online.

Numerous videos of what is said to be in-development footage appeared online and all over social media much to the happiness of gamers globally who have waiting almost 10 years for the successor of GTA 5.

90 clips of footage was leaked to GTAForums by a user named Teapotuberhacker who said: "It's possible I could leak more data soon, GTA 5 and 6 source code and assets, GTA 6 testing build".

The clips show a female protagonist, in what would be a first in the GTA franchise and was previously wildly rumoured to occur in GTA 6.

Teapotuberhacker claims the videos were downloaded directly from Rockstar's internal Slack groups, however arguments regarding the legitimacy of the footage has been at the forefront.

Some have questioned the assets in use (pointing to reuse of GTA 5 elements), while others have pointed to the voiced dialogue and debug elements as proof that this is legitimate.

Rockstar, the developer of GTA and publisher Take-Two have yet to respond to the apparent leak, but could be forced to if the footage continues to build up momentum and attention on social media.

It's been nine years since GTA 5 was released and with the game grossing $6billion (£5.25b) since its release, it is one of the most financially successful video games of all time.

Rockstar is also said to have moved more developers onto GTA 6.