Home » Technology » Harry Potter: Hogwarts Mystery game criticised for forcing player to "pay or wait" to save your character from being strangled

Harry Potter: Hogwarts Mystery game criticised for forcing player to "pay or wait" to save your character from being strangled Another week, another controversy about video game microtransactions.

Last year’s Star Wars: Battlefront II had everyone talking about how egregious it was that progress in unlocking anything was so slow and random that you were pressured into paying real-world money on top of the game’s original price, and in a product based on the biggest family-friendly brand in the world. 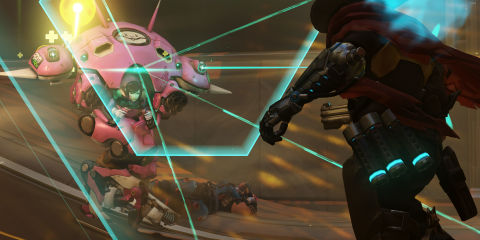 EA responded by temporarily disabling microtransactions and introducing a new system that is better (but not good), but it looks like Warner Bros and JamCity haven’t learned from the huge fallout.

Their recently released Harry Potter: Hogwarts Mystery has now come under fire for how quickly your character runs out of ‘energy’, which is needed to do practically everything in the game. That includes continuing conversations, reading a book, meeting up with your friends in game and even resting.

Yep, that’s not even a joke.

You either replenish energy by waiting (four minutes per energy point, with most actions requiring multiple points) or by, you guessed it, spending real-life money. The sheer amount of times you are asked to pay up has annoyed a lot of people, but one scenario in particular has folks thinking the game has gone too far.

An early action scene in the game has your character caught in the Devil’s Snare from the first book/film. No matter how much energy you begin the scene with, you will run out, and the game will ask you to pay now or wait for the recharge while your character is literally being strangled.

That is a pretty harrowing image for children, the game’s target demographic, and combined with the pressure to pay real-life money in order to stop it, people are accusing it of being really distasteful.

Digital Spy reached out to Jam City, who declined to comment.