Home » Technology » Honor MagicWatch 2 review: Everything you get with Huawei Watch GT 2, except the price tag

Honor MagicWatch 2 review: Everything you get with Huawei Watch GT 2, except the price tag 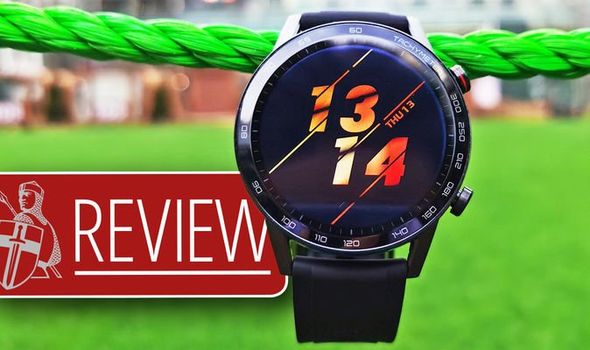 Honor made a big song and dance about the design and feature set included in the MagicWatch 2 ahead of its launch. Once you’ve waded through the marketing jargon, you’ll discover the new device is essentially a re-badged Huawei Watch GT 2 with a lower price tag.

That’s certainly not a criticism of the device – we reviewed the Huawei Watch GT 2 back in October and were hugely impressed with its array of fitness features, outstanding battery life, and build quality. The MagicWatch 2 matches the GT 2 in every regard but has one advantage: price.

Instead of taking on the same £159.99 price tag as the GT 2, the MagicWatch 2 starts at £149.99 (for the 42mm sizes of each, anyway). That means unless you’re particularly excited about having a Huawei logo on aluminium clasp of your wearable, the MagicWatch 2 is a no-brainer.

So are there any differences between the MagicWatch 2 and the Huawei Watch GT 2? Well, apart from the red accent on the former’s menu button …no.

Although you can read all about the design, specs and features of the Huawei Watch GT 2 here (all of which apply to Honor’s new wearable) here are our main takeaways from the MagicWatch 2 you should know about before you rush out and buy one.

ALTERNATIVES TO THE HONOR MAGICWATCH 2 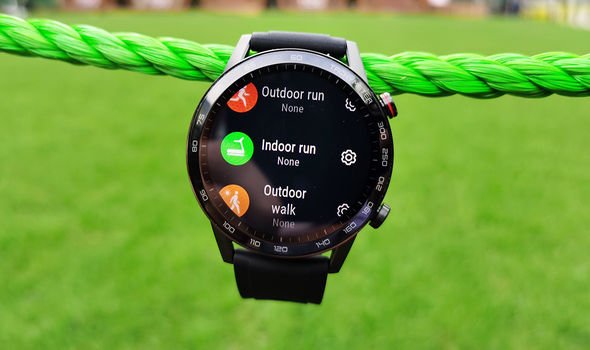 Don’t expect the craftsmanship of a Rolex, but the MagicWatch 2 does look great in its own right and is built to withstand arduous workouts. The frame is made of aluminium and has a matte finish, so you won’t have to worry about any scuffs tarnishing its aesthetic.

The MagicWatch 2 comes in a 42mm or 46mm case. We tested the latter and it certainly feels beefy, but Honor has done a great job of reducing its thickness so you won’t have to worry about carrying extra weight on your next 5-kilometre run.

The biggest benefit of picking up the larger edition of the MagicWatch 2 is the display. The timepiece comes with a 1.39-inch AMOLED screen with the resolution of 454×454. All in all, the panel is vibrant and can get bright enough for easy outdoor viewing.

The best feature of the MagicWatch 2’s display is certainly its always-on functionality that, while cutting the device’s battery life in half, is probably worth switching on anyway. Honor certainly has to be commended for giving owners the option to choose between an always-on display and the best possible battery life, rather than forcing either upon owners. 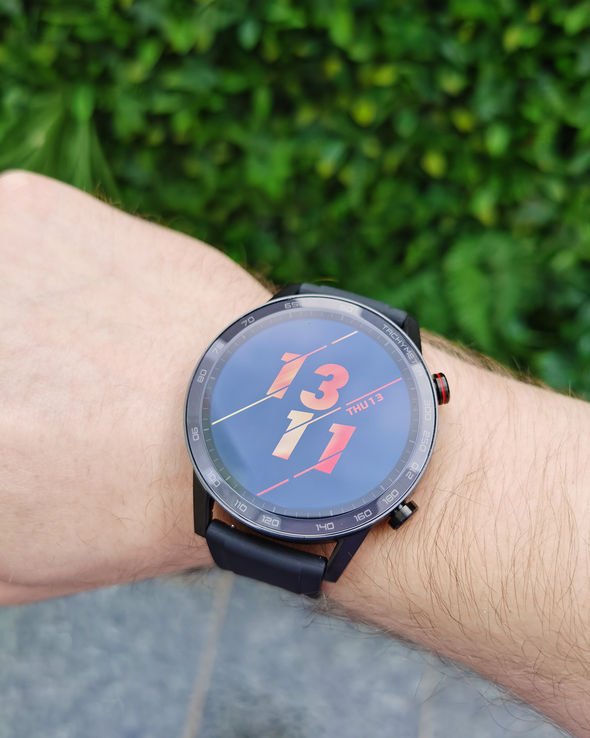 The Honor MagicWatch 2 is exactly the same as the Huawei Watch GT 2 when it comes to performance. That means it totes the same bevy of health and fitness features and proprietary operating system as its Chinese brother. Unfortunately, that means the wearable also has the same limitations.

Using the MagicWatch 2 for fitness is excellent. During our testing, the device was able to accurately highlight heart rate information, the amount of calories burned and much more.

As someone that goes the gym pretty regularly and does a mixture of weight training and cardio, I found the MagicWatch 2 fed me with useful data, but also acted as a great motivational tool, too. Having a constant feed of my heart rate pushed me to work a bit harder to get it in the “fat burning” zone and having a timer readily available to monitor rest times was invaluable.

Don’t think the MagicWatch 2 becomes useless the moment you leave the gym though. The device is also capable of monitoring your stress levels, sleep and can even provide you with a range of breathing exercises to try.

All the data collected by the MagicWatch 2 is stored in the Huawei Health app which is available for Android and iPhone.

Just like the interface of the wearable itself, the app is pretty easy to get your head around and presents you with a constellation of information ranging from steps to calories burned. And if you’re looking to finally achieve your New Year’s resolution of getting your dream body, you can also add your weight information to help keep track of your fitness journey.

Although the fitness and health features of the MagicWatch 2 are exceptional, everything else is a bit hit or miss…

Unless you’re fully invested in Huawei’s ecosystem of apps (like Huawei Music, for example) you can’t get the most out of the MagicWatch 2. Say, for instance, you do use Huawei Music – you’re able to skip songs, adjust the volume of your favourite tracks and even store music locally on the device itself so you can go for a run without your phone. Use Spotify, Apple Music, YouTube Music or anything else and you’re out of luck.

This leaves the MagicWatch 2’s functionality outside of health and fitness feeling like a big tease. The wearable simply doesn’t offer a feature set as robust as the Apple Watch, Galaxy Watch or any device that runs Google’s Wear OS for that matter.

Just as we did with the Huawei Watch GT 2, we’ve come to accept the MagicWatch 2’s limitations during our time with it. And if you’re thinking of picking up this wearable, you’ll need to make sure you’re aware of them too, if for nothing else but to save any bitter disappointment in the long run. 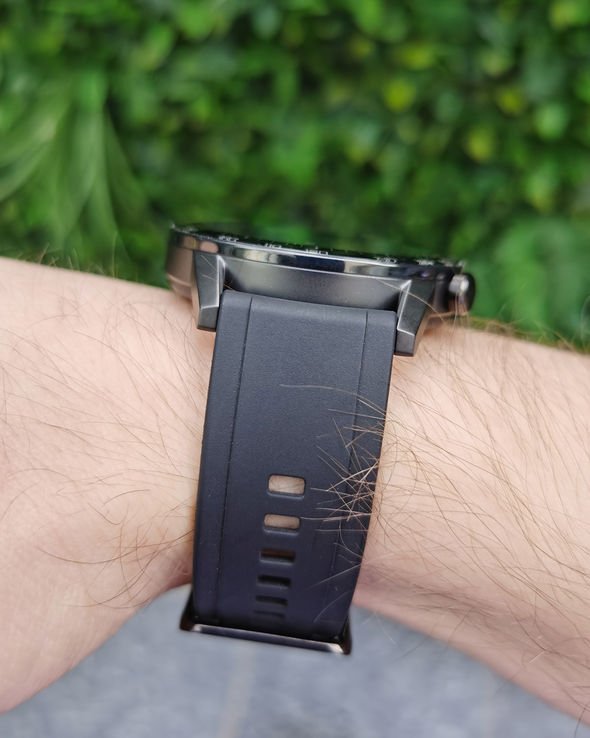 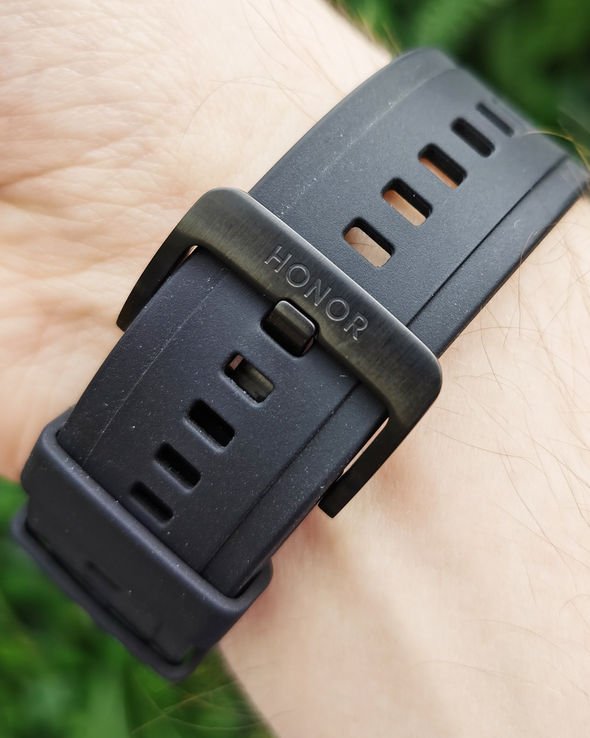 Even with its power-hungry always-on display, the Honor MagicWatch 2’s battery life is outstanding. In fact, we can easily use it for an entire week without having to find a wall outlet.

Astonishingly, the device’s endurance can be extended by another week if you turn the always-on display off.

Our only gripe with the Honor MagicWatch 2 is the fact it uses a proprietary charger, which means frequent flyers will have to remember it or risk the watch dying on you – that said, its battery is so good that if you’re going on a short break or a weekend away, you won’t have to worry about needing a charger at all.

When you do need to charge the device, things are pretty nippy. The wearable is typically able to get from zero to 100 percent in just over an hour.

The Honor MagicWatch 2 is already cheaper than the Huawei Watch GT 2, but the Chinese tech firm isn’t stopping there. Until tomorrow, February 16, you can snag the wearable in its 46mm variant for £139.99, making it £40 cheaper than Huawei’s offering (that’s exactly the same except for its Huawei branding). 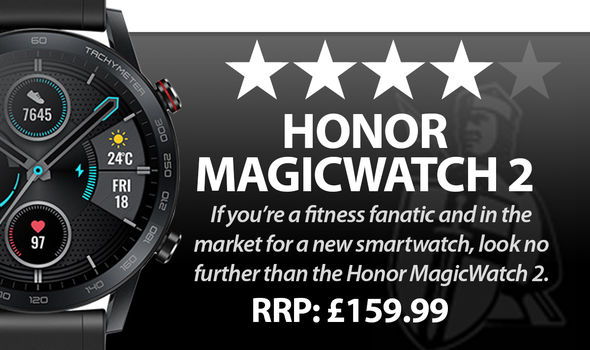 If you’re a fitness fanatic and in the market for a new smartwatch, look no further than the Honor MagicWatch 2. The device boasts all the fantastic features of the Huawei Watch GT 2 but is a little cheaper too.

Its lack of basic smartwatch functionality is certainly disappointing, so you’ll have to be aware of its limitations before you go out and spend your hard-earned money. However, for those still sticking with their New Years Resolutions and hoping to keep the ball rolling on their 2020 fitness regime rejoice – Honor has made an excellent smartwatch for you.

For everyone else, especially those that shudder at the idea of tracking lengthy gym sessions, give this one a miss.