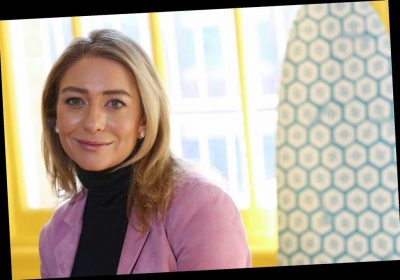 Wolfe of Wall Street: Dating app CEO is now a billionaire after IPO

Whitney Wolfe Herd just became the world’s youngest self-made female billionaire with her Bumble dating app’s initial public offering — and she did it after ending some awkward relationships.

The 31-year-old chief executive founded Bumble as a female-focused app in 2014 after leaving Tinder, where she had sued her fellow co-founders for sexual harassment and discrimination. After a romance gone sour, Wolfe Herd alleged that co-founder Justin Mateen repeatedly called her a “whore.”

Those included Rad’s allegedly texting Wolfe Herd a drawing of his billionaire boss Barry Diller’s initials “BD” to form a “d–k pic,” sources told The Post at the time. The suit was reportedly settled for more than $1 million with Tinder denying any wrongdoing, despite the fact that Mateen and Rad left soon after.

Wolfe also claimed she was stripped of her co-founder title at Tinder after Mateen said having a female co-founder “makes the company seem like a joke” and “devalues” the company’s business.

The irony of the last alleged comment is rich: On Friday, Bumble’s value swelled to $8.7 billion after the company’s stock surged 63 percent to $70.31 in its Thursday market debut. Wolfe Herd’s 21.5 million Bumble shares, equal to a 12 percent stake, are now worth more than $1.5 billion, making Wolfe Herd the world’s youngest self-made woman billionaire, according to Forbes.

What’s lesser known than the sordid Tinder saga, however, is the fact that Wolfe Herd subsequently jumped into a strange business relationship with Andrey Andreev, the Russian tech tycoon who helped launch the business in 2014.

Andreev was accused of overseeing a seamy, hedonistic office culture at Bumble’s sister app, Badoo, which he launched in 2006. More than a dozen ex-Badoo staffers told Forbes in 2019 that the company held wild parties — including one where “everyone was naked and doing lines of coke” — and that female employees were frequently objectified.

Some of the reported allegations were particularly stomach-churning. Another employee claimed that a video circulated around the company of a male Badoo employee receiving oral sex from a prostitute, with one female employee saying she was pressured by male colleagues into watching it.

Badoo denied that such a video existed.

While most of the antics reportedly took place before Andreev teamed up with Wolfe Herd, the allegations clashed with Bumble’s ethos of empowering women in romantic relationships. The app’s defining feature is that only women can initiate chats with male mates. (If you’re looking for a same-sex match, either person can reach out first.)

Wolfe Herd, who at the time had a 20-percent stake in Bumble compared with Andreev’s majority stake, had defended her business partner, saying he was like family and a best friend to her.

“What I’ve seen firsthand from Andrey is creative and motivating behavior,” Wolfe Herd said. “Andrey has never been anything but kind and respectful to me.”

Nevertheless, after controversies surrounding the Forbes story, Andreev gave up his stake in Bumble last year to Blackstone, the private-equity titan that remains the company’s largest shareholder. The revised IPO prospectus Bumble filed this week gave a nod to Andreev’s role in its formation.

“When launching Bumble, we did so together with Andrey Andreev and his company Badoo, one of the pioneers of web and mobile dating products, in order to achieve the most impact and reach possible,” Wolfe Herd wrote in a letter included in the filing. “Bumble leveraged Badoo’s global scale, eight years of experience and robust resources.”

The results speak for themselves. Austin, Texas-based Bumble closed its first trading day well above the $43-a-share price it had set for the $2.2 billion offering, making it the latest in a string of big-name tech firms including Airbnb and Doordash to capitalize on a hot IPO market.