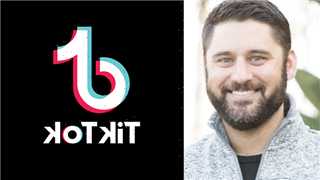 That’s according to Bryan Thoensen, head of content partnerships at TikTok, who says the short-form video platform has long outgrown its roots as a way for teens to share lip-syncing video clips.

In the latest episode of Variety’s “Strictly Business” podcast, Thoensen discusses the company’s efforts to expand its work with creators and entertainment companies and capitalize on its recent momentum. TikTok, one of the fastest-growing internet apps ever, is challenging the likes of YouTube, Instagram and Snapchat for viewing time with its personalized video feed.

Listen to the podcast here:

“We are an entertainment platform where cultural trends really start,” says Thoensen, citing among other things the community-driven “Ratatouille: The TikTok Musical.” He says the app’s secret sauce is its personalized feed and discovery features that “really present the most entertaining and diverse content you might not have otherwise experienced or seen. And that’s something that a social graph isn’t going to serve you up.”

Underscoring TikTok’s positioning as an entertainment app, the company has expanded access of the TikTok TV service on Amazon Fire TV, and more recently across Google TV, and LG and Samsung smart TVs.

TikTok has a broad definition of “creators”: Thoensen and his team work with media companies including Lionsgate and other Hollywood studios, streamers like Netflix, the NFL and the NBA, Comedy Central, ESPN, Conde Nast and BuzzFeed, along with individual stars like Charli and Dixie D’Amelio, Addison Rae Bella Poarch and Khaby Lame, as well as traditional celebs such as Will Smith and Martha Stewart.

Of course, it’s in TikTok’s business interests to help various constituencies maximize their reach across 1 billion-plus audience: The app relies on their video clips to keep users engaged. “I think I have the best job in the world,” Thoensen says. “We get to help creators on TikTok really unlock  their creative potential and in a lot of cases help make their dreams a reality.”

At the same time, TikTok faces many of the same problems as other social platforms, including harassment and misinformation. Thoensen, a longtime digital media exec formerly with Hulu, WME and Fullscreen, says the safety and wellbeing of users is “our No. 1 top priority… That’s true of our creators across the board.” TikTok also provides mental health resources for creators, and is working toward identifying in-app behaviors that are harmful.

In the podcast, Thoensen also touches briefly on the strange turn of events last year when Donald Trump sought to force ByteDance to sell TikTok to American owners in the name of national security (an order reversed by President Biden). He calls that “old history,” adding: “It’s easy, you know, to get distracted by lots of things that happen out in the world… [but] our focus is on building the absolute best experience for our users and for our creators, and nothing’s going to deter us from that mission.”

“Strictly Business” is Variety’s weekly podcast featuring conversations with industry leaders about the business of media and entertainment. New episodes debut every Wednesday and can be access on iTunes, Spotify, Google Play, Stitcher and SoundCloud.