Home » Technology » How to make the most of Google Pay

How to make the most of Google Pay Carrying an actual wallet is so 2015. The world is now moving onto digital wallets, because you’re already holding your phone all the time, why not pay with it?

Apple Pay and Samsung Pay only live on phones made by those respective companies, but a lot of Android users may be unaware that Google Pay lives on most Android devices. And now that Google's offering is the first app to offer Mobile Myki, a phone-based way to pay for travel in Melbourne, it's a handy time to get acquainted. 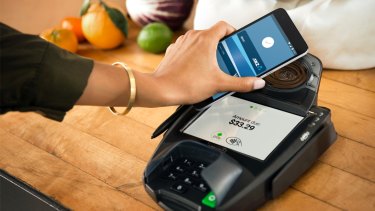 Google Pay can be used as a credit card, loyalty card or transport card.

Google Pay works in roughly the same way as all the other digital wallet apps; download the app, upload the details of your compatible credit, debit, travel or gift card, and then start paying with it. Unlike Samsung and Apple, though, it works in much the same way as your credit card. Payments under $100 are just tap and go, and you’ll use your PIN or unlock pattern for larger payments. Apple and Samsung both require the use of your biometric security for all payments, regardless of size.

Like Apple and Samsung, though, the phone doesn’t store your card details. Just a token, for security purposes.

Google is the most convenient of the payment apps, because you don’t need to open an app. Just unlock the phone and tap it onto the terminal as you would an actual credit card. As with Apple, you can also use it on supported online shopping websites to pay and have it prefill your shipping details.

You can also store most of your loyalty cards in the app, including any card that has a barcode, meaning you can finally recycle all those bits of plastic and paper that make your wallet monstrously huge.

Plus Google Pay can also gives you rewards, discounts and offers if you want it to. If you let the service trawl through your email and access your location data (you have to turn these on in the settings), those offers might be ones you actually want to use, as opposed to the offers in Samsung Pay which can sometimes completely miss the mark.

The best part about Google Pay, though, is the public transport compatibility. It of course works with NSW’s Opal system, just like most contactless credit cards, but as of last month it's also the only way to use your phone to pay for transport in Melbourne.

Because Myki readers only work with Myki cards, and not credit cards, it’s no small feat to get it working so seamlessly in a digital wallet.

In fact buying a Mobile Myki in Google Pay is the cheapest way to get one, as you don't have to pay the fee that a plastic card attracts. You will have to load it with a minimum top up of $10 to get started, but once you have one you can just top up via the app, instantly, whenever you like.

The Google Pay Myki allows you to buy Myki passes, top up, and use full-fare, concession, and senior mobile Mykis. By comparison, Opal can only be used for single full-fare taps using contactless payments. Both Apple and Samsung are in talks with PTV to introduce digital Mykis, but both offerings are a long way off.

Mobile Myki works just like anything else in Google Pay. You simply unlock your phone and put it near the reader. Samsung has recently one-upped this already-convenient gesture, at least in Sydney, by allowing Samsung Pay to work with Opal readers while leaving the phone locked.