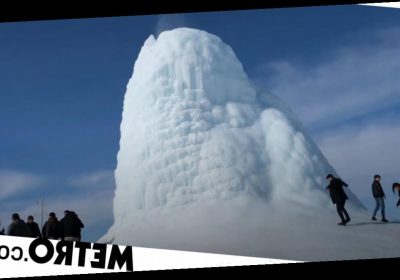 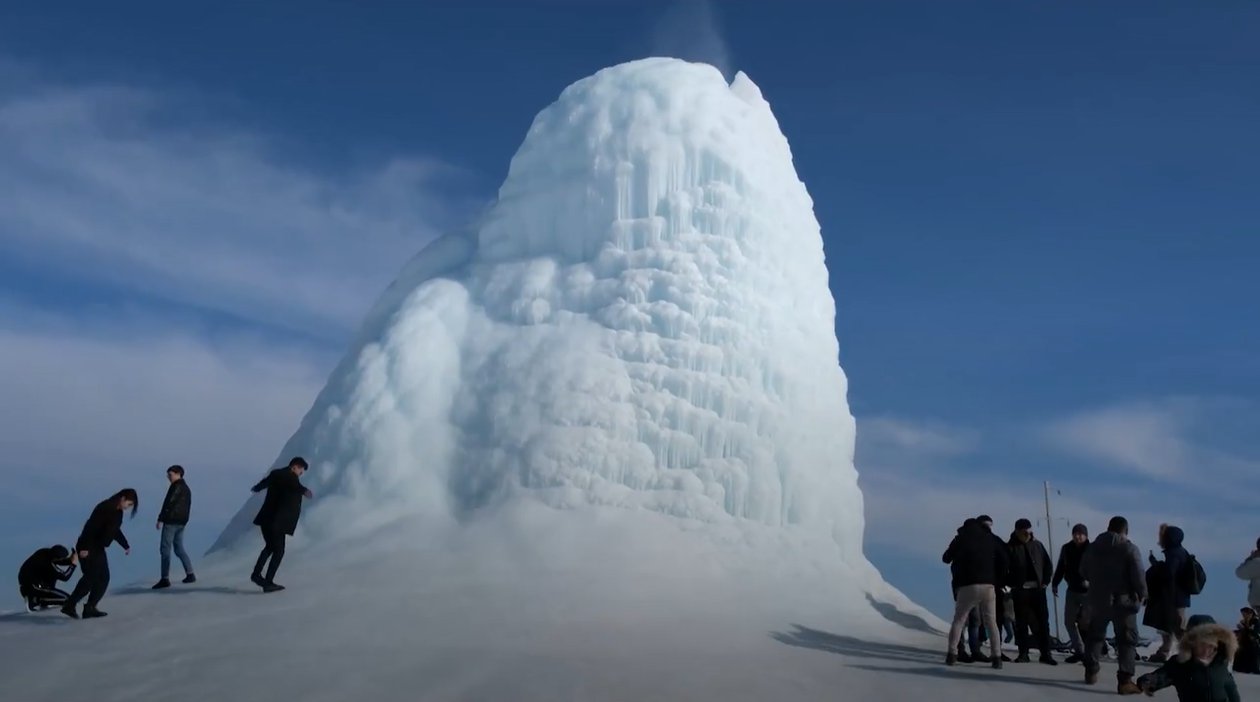 As snow lays siege to much of the UK this week, an impressive natural structure has been formed miles away in the wilds of Kazakhstan.

Thousands of people have made the journey to the country’s Almaty region to visit the so-called ‘ice volcano’.

The 45-foot structure was formed from an underground spring that shoots water up through the earth. When it comes into contact with the sub-zero air it immediately freezes and builds up into a cone.

While a smaller ice volcano appeared in the same area last year, locals say this year’s one is more impressive.

Because it continuously sprays water particles from the top of the cone it resembles smoke spilling out from an actual volcano.

‘In general, this is artesian water that gushes out of the ground. In summer everything blooms here with greenery,’ a local shared online.