Inside the dark web’s ‘Hitman Marketplace’ as alleged owners arrested 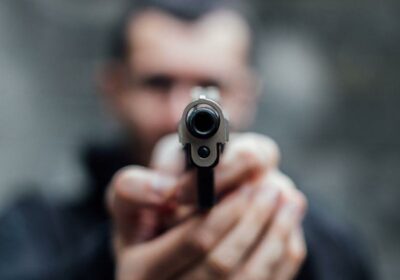 Police in Romania have arrested five men suspected to be the masterminds behind a notorious scam site that pretended to let people order assassins in exchange for Bitcoin.

The site, which was most recently known as the #1 Hitman Marketplace, scammed customers out of thousands of pounds by claiming to offer kill-for-hire services.

The site let people submit information about a 'target', when they would like them to be killed, and pay a fee.

Although the site was widely acknowledge as a scam, in which Bitcoin was taken but no 'hits' were apparently made, orders have continued to come in over the years

Romanian counterterrorist police say they led the raids at the request of US Homeland Security and the FBI.

The unidentified group is being held in custody as the police claim they acted "in an coordinated manner to administer those sites and to launder money obtained as a result of instigating crimes to kill."

Romanian authorities estimate that the group scammed more than £417,000 out of the site's users, although this figure could be much higher in reality.

Despite the alleged site owners being arrested, there has been very little investigation into the users of the site and the list of people they wanted dead.

A reporter for VICE claims to have viewed the 'kill list' via security analyst Christopher Monteiro, who has been exposing the group's scam sites since 2016 by hacking their servers.

The names on the list reportedly included husbands ordering the murder of their wives, and even a predator arranging the death of a 14-year-old.

Some people on the list are apparently now dead, killed by those who made the order.

Although this 'scam' site is being targeted by law enforcement, there are many more 'legitimate' assassin sites on the dark web that let people order 'hits' on others.

The dark web is a hidden version of the Internet that can only be accessed by using secret high-tech browsers. Much illegal activity online takes place via the dark web, such as marketplaces selling stolen goods, weapons, drugs and more.