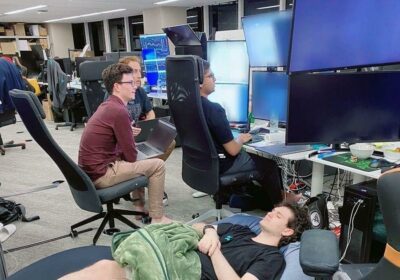 A 30-year-old crypto billionaire set a world record this month for losing the most money in a single day⁠—after his wealth plummeted by 94 percent overnight.

On Tuesday November 8, he announced that his firm would be sold to competitor Binance. Although the sale never actually went through, more than $6bn (£5.2bn) was withdrawn from FTX in just three days.

READ NEXT: When is Black Friday 2022? Date, expert tips and best predicted retailers so far

According to the BBC, this caused the value of Bankman-Fried's digital crypto coin FTT to lose 80% of its value. All in all, Bankman-Fried's wealth has catastrophically plummeted.

Despite this, Bankman-Fried still had $1 billion (£840m) to his name after the crash, meaning that he remains a dollar billionaire.

He has told FTX investors that their assets will be safe, and tweeted: "I was on the cover of every magazine, and FTX was the darling of Silicon Valley. We got overconfident and careless."

Additionally, in a Twitter post on Wednesday, he said: "It sucks. I'm really sorry that things ended up as they did. And as I said – I'm going to do everything I can to make it more right."

While all this was happening, apparently Bankman-Fried was keeping his mind off things by playing League of Legends as his empire crumbled around him.

The crypto tycoon's fall from grace comes after he was widely considered to be the saviour of cryptocurrency.

The likes of Bitcoin and Ethereum have collapsed in value over the last year, with many crypto investors and exchanges facing bankruptcy as a result.

While others struggled, Bankman-Fried handed out rescue packages to struggling companies, but all that has changed now that his personal wealth has collapsed.