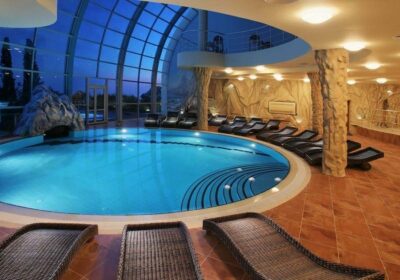 The doomsday plans of paranoid billionaires have been revealed in a tell-all book by author Douglas Rushkoff.

In 'Survival of the Richest', due for a release this year, Rushkoff speaks to some of the mega-rich who are buying up secretive properties to hole up in the event of societal collapse.

While it's not clear what the cause of this eventual collapse will be, whether it's climate change or nuclear war, one thing certainly is: some of the richest people in the world want to camp out Doomsday in style while everyone else suffers.

Writing in The Guardian, Rushkoff highlights some of the survival bunkers being built by the world's wealthy elite.

Rushkoff said these luxury bunkers "provide imitation of natural light, such as a pool with a simulated sunlit garden areas, a wine vault, and other amenities to make the wealthy feel at home."

Other billionaires are reportedly buying up private islands with helipads and farm areas.

However, Rushkoff argues that bunkers can't protect billionaires from disasters they create as they will ultimately still be reliant on the rest of society to function. He says that they're even scared of what their 'security teams' will do after a Doomsday event—and whether they will turn on their bosses.

Rushkoff writes: "They knew armed guards would be required to protect their compounds from raiders as well as angry mobs […] What would stop the guards from eventually choosing their own leader?"

Ultimately, Rushkoff argues that, if billionaires really want to avoid Doomsday, they should start helping everyone else to prevent it—rather than abandoning the rest of us to our fate.

It's not just billionaires prepping for the apocalypse. Apparently Newcastle has the biggest number of 'preppers' in the UK, with one in five Geordies expecting to face a world-ending event.