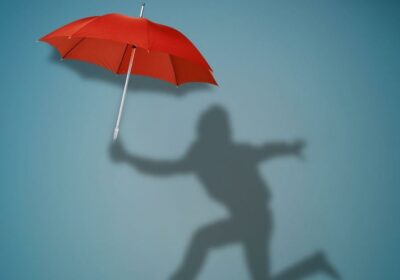 For years, scientists said it couldn't be done—but one British company says it has brought the world one step closer to an invisibility cloak.

UK tech company Vollebak has created a prototype 'thermal camouflage' jacket which can hide the wearer from infrared and thermal cameras.

According to WIRED, the company now believes we could be 'five or 10 years' away thanks to the jacket, which is made up of programmable panels that can filter out infrared radiation produced by body heat.

READ NEXT: Swedish streamer on a mission to beat Elden Ring with her feet

Once these become cheaper to manufacture, they could play an important role in hiding soldiers from infrared cameras.

Steve Tidball, the company's CEO, told WIRED 'many many customers' had written to him and asked if the company could build an invisibility cloak. When Tidball saw a graphene material that can fool an infrared camera, something finally clicked. "I thought that's got to be a first step towards invisibility."

Heat-detection cameras are unable to see the panels when they're turned on, which don't make the jacket colder but instead shield the infrared radiation generated by heat.

Tidball explained: "A simplistic way of thinking about it is, we can turn it off and on. A slightly more complicated way is rather than on and off, we can control how much thermal radiation each one of those patches emits."

Mario Paleaz-Fernandez, a researcher specialising in graphene, said they are unsure whether the material could ever be turned into a true invisibility cloak because visible and infrared radiation are very different things.

Paleaz-Fernandez said: "If what they're saying is true, and this material could, hypothetically, be tuned to any wavelength in the visible spectra […] what they would have is something similar to a chameleon jacket, not an invisibility cloak."

Right now, the jacket has to be attached to a computer with wires, so you're unlikely to see it out on the high street any time soon. "Ultimately, you're still a good five or 10 years away from actual invisibility," explained Tidball. For now, a jacket that makes you invisible to thermal cameras will have to do.