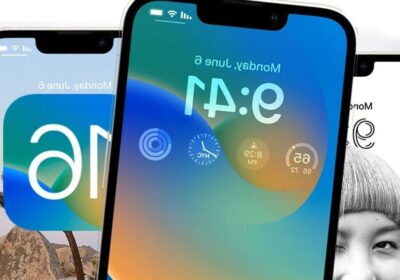 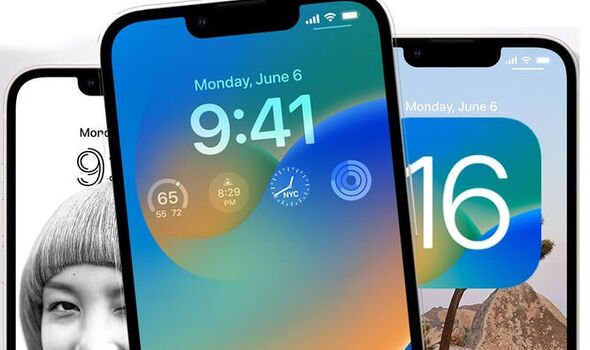 There’s a big night ahead for millions of iPhone fans with Apple finally pushing out its latest iOS 16 upgrade. This blockbuster update was first announced at the US tech firm’s WWDC Developers Conference back in June and it seems Apple is now ready to unleash it to customers across the globe. Anyone with a relatively recent iPhone in their pocket should be able to download iOS 16 tonight, September 12, and if you are looking forward to trying it out then here is everything you need to know including a release time, new features and which devices are NOT compatible.

Apple never officially reveals an exact release time for its yearly iOS upgrades but history gives us a good indication of when to expect it. If the firm follows tradition, you should see this update arrive on your iPhone at around 6pm BST.

It’s worth noting that it can take longer to download and install iOS updates when they are first released. This is due to millions of iPhone users all trying to get the new features at the same time.

If you are happy to wait, things might be faster and less congested tomorrow morning. 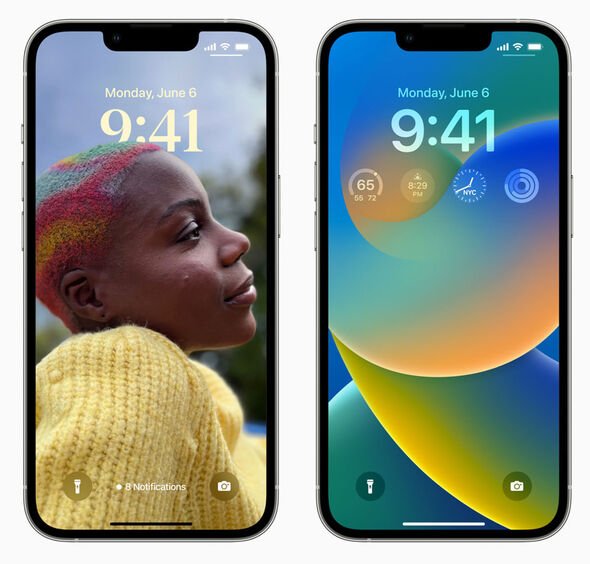 Once iOS 16 becomes officially available you can find it by heading to Settings then tapping General > Software Update > Update to iOS 16.

If your iPhone states that things are up to date and doesn’t show an option to upgrade to iOS 16 your device hasn’t yet received this new operating system from Apple. Keep refreshing and it should appear at some point after 6pm.

It’s worth remembering that iOS 16 will be a large file so make sure you are connected to Wi-Fi and have plenty of space on your device before attempting to install it.

iOS 16: Is my iPhone compatible?

For the first time in years, Apple is removing some older iPhones from the yearly updates with a total of five devices not getting access to iOS 16. This is probably due to the demands of iOS 16 being too great for the older processors that power these devices.

Sadly, if you own an original iPhone SE, iPhone 6s, ‌iPhone‌ 6s Plus, iPhone‌ 7 or iPhone‌ 7 Plus then you’re out of luck and need to switch to something more recent to get the latest changes.

iOS 16’s biggest change is all about the Lock Screen. This major refresh brings a totally new appearance to iPhones with users able to fully customisable the way things look when they tap to wake the display.

The new update offers easy ways to tweak the colours, fonts and styles and, more importantly, there’s also the ability to add widgets to the Lock Screen.

This means it’s simple to check the local weather, view activity levels or see the latest football scores without ever unlocking the device.

Another nice change coming to the Lock Screen is ever-changing wallpapers.

Most of us have a family photo as our background and to make things more interesting Apple has added the option to automatically shuffle favourite snaps from the library on the device so you’ll get a different look in the evening compared to when you wake up.

So that’s the Lock Screen but what else is new?

Once iOS 16 is installed there’s good news about messaging with users now able to edit texts after they’ve been sent. That means any embarrassing typos can be quickly changed with users getting 15 minutes to make any edits.

There’s also the option to undo a sent message and recall it completely.

Other changes coming in this release include the ability to track medication with the Health app offering alerts when it’s time to take the daily dose of tablets. The Fitness app has also been updated and can now be used even if you don’t own an Apple Watch with the iPhone’s motion sensors, estimating steps, distance and calories burned.