The Apple iPhone 11 and Galaxy S20 are two of the most popular phones on the planet and it’s not hard to see why. Both feature impressive cameras, blisteringly fast processors and bonus extras such as wireless charging and clever ways of unlocking the screen.

Apple uses its brilliant Face ID technology to access the device and Samsung has tucked an embedded fingerprint scanner under the fast 120Hz screen.

The S20 even gets access to 5G data speeds allowing owners to download files at speeds of over 300Mbps when away from fixed-line broadband.

These are premium phones that demand a pretty full bank account but Virgin Media has announced that it is selling these phones at its “lowest ever” price.

These latest deals mean you can pop the iPhone 11 in your pocket for just £28 per month and the Galaxy S20 5G for £32 per month.

There’s no upfront fee to pay and both deals include unlimited calls and texts. 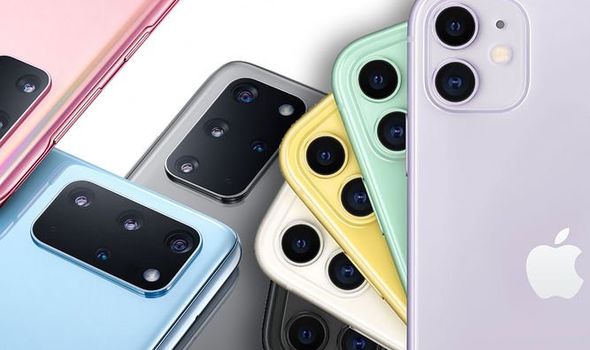 They certainly sound like a very enticing ways of owning an iPhone 11 or S20 but there are some things to be aware of.

Firstly, that low price only includes a measly 1GB of data which certainly isn’t ideal if you like to stream any music or movies on the move.

Even if 1GB sounds like enough the other big catch is that you have to sign up to a 36 month contract which is a very long time to be tied into a plan and not something we’d ever advise.

If these things don’t bother you the £28 per month for an iPhone without an upfront fee does make owning one very affordable. Just check that the data and long contract will suit your needs.

Here’s how other deals compare to Virgin Media