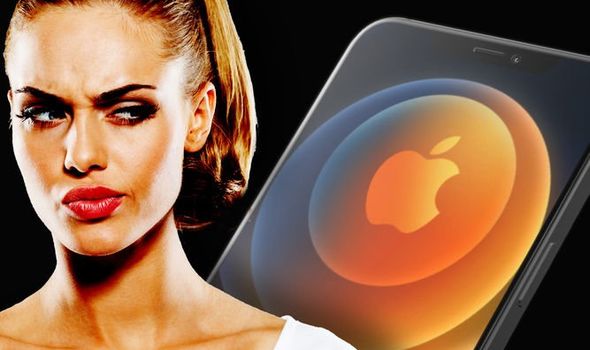 There’s a huge night ahead for Apple with the US technology firm looking set to unveil its all-new iPhone 12 range. This could be one of the biggest launches in a while with Apple widely tipped to be bringing a total of four new devices to stores across the globe. Rumours suggest that we will see an iPhone 12, iPhone 12 Mini, iPhone 12 Pro and iPhone 12 Pro Max shown to the world later this evening with all featuring OLED screens, faster processors and the inclusion of 5G which will allow users to whizz around the web and download movies at speed of over 300Mbs – that’s around six times faster than the average UK broadband.

Other upgrades arriving on the iPhone 12 could include longer battery life, better cameras and faster charging speeds. It’s certainly an exciting prospect but some fans tuning in to tonight’s live stream could be left sorely disappointed.

That’s because it’s thought some of these devices won’t be available until much later in the year. In fact, a recent report posted on Weibo by tech tipster Kang suggests the iPhone 12 Mini and iPhone 12 Pro Max won’t hit shelves until November.

According to Kang, the standard iPhone 12 and iPhone 12 Pro will be available to pre-order from this Friday, October 16 with customers receiving their shiny new phones the following week.

Another reason Apple fans may face disappointment is that some analysts are predicting supply issues for the new iPhones.

According to a recent report from Nikkei Asian Review, Apple has ordered 80 million units of its new iPhone models for the rest of the year. However, its contract manufacturers are only on track to produce 73 million to 74 million units this year. Apple usually begins mass production of its latest smartphone hardware in August, however, the company is now set to kickstart mass production later this month – later than the planned mid-September start date, claims Nikkei Asian Review.

Of course, these are just rumours and it’s possible Apple will have plenty of iPhones ready to be shipped to customers in the coming weeks.

Express.co.uk will bring you full details as soon as they are announced so watch this space!