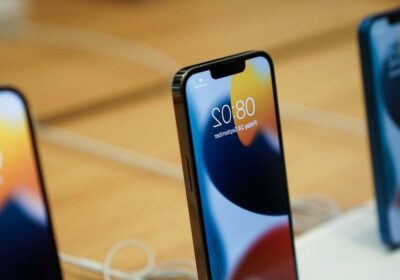 Each year, the tech giant broadcasts a glitzy launch event where it shows off its major products for the next year.

Typically, this is in the form of the new iPhone as well as a few other goodies, and there's no reason to expect this year will be any different.

READ NEXT: Apple iPhone 14 release date, features, camera, price, and everything we know so far

With the iPhone 14 heavily tipped for an announcement, as well as rumours swirling around new AirPods Pro and even an Apple-designed virtual or mixed reality headset, the event (which this year's theme is 'Far Out') is set to be one of the biggest tech launches of the year.

Where to watch the iPhone 14 reveal event

Apple used to hold its annual Autumn launch event in-person, but for some years has streamed them online along with glitzy, high-budget visual presentations.

This year is no different, with Apple planning to hold its 'Far Out' event online yet again.

Watching it is really easy, as the livestream is accessible here on Apple's official website. You'll also be able to catch it on YouTube and other social media platforms.

Apparently, the company pre-recorded much of the event weeks ago, and that it will be 'highly polished'.

We'll also be providing live coverage and reactions to the launch event throughout the evening tomorrow.

If you want to keep up to date on all the latest information on the iPhone 14 in the meantime, head to our iPhone 14 guide page which is regularly updated with the latest leaks, rumours and news.

The new iPhone 14 is widely tipped to be ditching the controversial 'screen notch' and Apple are likely set to shake up the pricing and colour schemes of its flagship smartphone range.