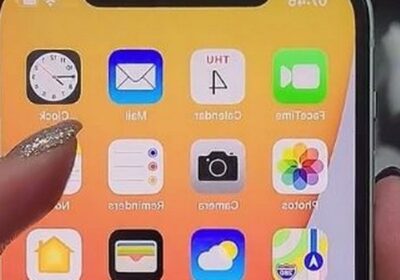 You may think you know your iPhone inside out, but as TikTok continually teaches us, Apple's premium smartphone has tons of hidden tricks that the company rarely shouts about to its users.

From a 5-click SOS trick to being able to track flights through iMessage, there's more than meets the eye when you use an iPhone.

This is even true of the keyboard. Many iPhone users think they know their way around the keyboard, especially when it comes to adding special characters such as question or exclamation marks.

However, some characters are harder to find and don't appear on the special characters menu by default.

One TikTok video has revealed that the iPhone actually has a hidden character menu featuring some of the rarer symbols on a phone, such as a degree symbol or different currencies.

All you have to do is open the special characters menu on your keyboard and then long-press any key. Then, drag your finger along to the character you want to use.

Long-pressing keys on the iPhone keyboard also lets you quickly type accented letters, perfect for when you go on holiday and need to type an address in a different language.

If you're after a new iPhone, it might be better to buy one sooner rather than later as the worldwide supply of iPhones is being heavily disrupted.

Two iPhone assembly plants in the cities of Shanghai and Kunshan have been shut to comply with the Chinese government's strict new coronavirus curbs.

The company makes around 20% to 30% of all iPhones worldwide, leaving a significant gap in Apple's supply chain. It says it hopes to "resume production soon".