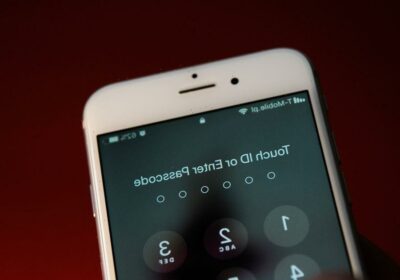 In the next month, Apple plans to release its new Passkeys feature, which lets you log into iPhones or Macs using facial recognition or a fingerprint.

It means cyber attackers or nosey parkers won't be able to get into your device by guessing or stealing your password, adding an entirely new layer of security.

Passwords could become completely obsolete as a result and ensure that your smartphone or computer remain 100% secure.

The change will be available on iOS 16 for the iPhone and on OS X Ventura for Mac, both of which will be released this Autumn.

Apple's Kurt Knight explained the move by saying passwords are one of the biggest risk factors for hackers.

"But they're also one of the biggest attack vectors and security vulnerabilities users face today."

His colleague, Darin Adler, explained why facial recognition and touch ID are a better option: "People almost always have phones with them. Face ID and Touch ID verification give you the convenience and biometrics we can achieve with an iPhone. You don't have to buy another device, but also you don't even have to learn a new habit."

Apple isn't the only tech giant looking to move on from passwords. In September last year, Microsoft ditched passwords for its users and replaced them with new login methods that are supposed to be much more secure.

You're now able to login using the Microsoft Authenticator app on your smartphone, which will give you a two-step verification code.

Alternatively, Microsoft offers a facial recognition tool called Windows Hello which can unlock your device by scanning your face, or you can even put a 'key' on a USB stick and use this as a physical login.