Home » Technology » Is this our biggest clue yet that Apple is set to launch all-new AirPods this month?

Is this our biggest clue yet that Apple is set to launch all-new AirPods this month? 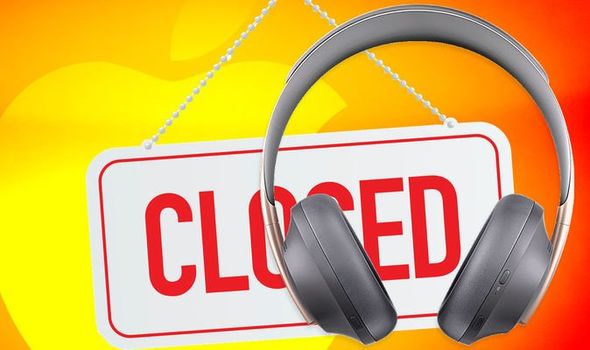 Apple is widely tipped to be working on a new pair of AirPods with an over-ear design to compete with the likes of the Bose 700 Series and Sony WH-1000XM4. Like the AirPods and AirPods Pro, these new wireless headphones will purportedly pair automatically with any Apple device signed-in with your iCloud details as soon as you connect to one. The headphones will also pause the moment you take them off your head – so you don’t have to hunt for your iPhone to stop playback.

These new wireless headphones, rumoured to be branded AirPods Studio, will ship with active noise-cancellation like the AirPods Pro. These will be the first over-ear headphones designed and built by Apple that aren’t sold under the Beats brand.

As you’d expect, Apple hasn’t commented on the rumours of its next product. However, the company has stripped its online store of any noise-cancelling headphones from rival brands, like Bose and Logitech. According to webpages cached by Google’s servers, these listings were still available back in September.

But that has changed.

According to gadget blog The Verge, following the abrupt purge, the “headphones and speakers” product page on the Apple Store now only contains devices created by Apple. There are no rival manufacturers to be found.

MORE LIKE THIS
Apple Watch SE review: The smartwatch you should buy 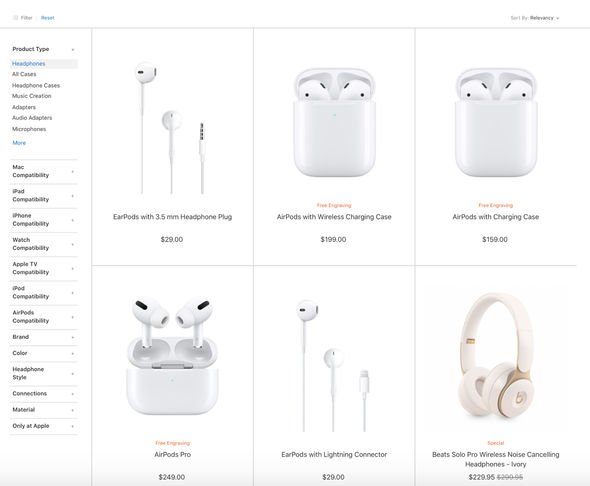 Bloomberg reports that Apple employees have been asked to remove rival headphones – as well as wireless speakers – from the shelves in brick-and-mortar stores. Bose and Logitech independently confirmed to Bloomberg that Apple would no longer stock its audio products. Logitech still sells wireless keyboards and cameras in the Apple Store. However, speakers from the same brand are no longer available.

Apple has designed its own wireless speakers and headphones since acquiring the Beats brand in May 2014.

However, with the launch of the HomePod smart speaker (a new smaller version of this hardware is rumoured to be coming in the next six months), AirPods wireless earbuds, AirPods Pro, and arrival of a noise-cancelling headphones rumoured to be on the way soon… it seems the Apple Store will soon only be a shopping destination for those looking for Apple-branded headphones, earbuds and speakers.

If you’re looking to buy the latest Bose, Logitech, Sonos connected speaker systems and more… you’ll have to try elsewhere.

But with a new Apple Event coming October 13, there could be some very exciting new Apple-branded headphones on the shelves.