Israel's power company has asked the makers of Fortnite to no longer allow players to scale electric poles in the popular online game, saying this risked encouraging dangerous copycat behaviour among children.

Launched in 2017 by North Carolina-based Epic Games, Fortnite is a survival-themed battle game that pits dozens of online players against each other. 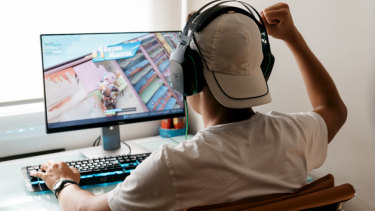 It signed up tens of millions of users for its "battle royale" format, which allows dozens of players to fight each other to death until the last survivor.

In a June 10 letter to Epic Games, the Israel Electricity Corp. said Fortnite characters can "climb up electricity poles freely and without restriction" – a real-life stunt among some Israeli youths that the power company said it had been trying for "many years" to stem through an educational campaign.

"You are responsible for the personal safety of your consumers," said the letter, shared with Reuters. "We therefore ask you to take action to remove dangerous content that encourages life-risking situations related to the use of electricity."

Epic Games did not immediately respond to a request for comment.

In April, Iraq's parliament voted to ban Fortnite and another popular online video game, citing their "negative" influence – especially on the young – in a country long plagued by real-life bloodshed.

Fortnite has also been banned in the Indian state of Gujarat.