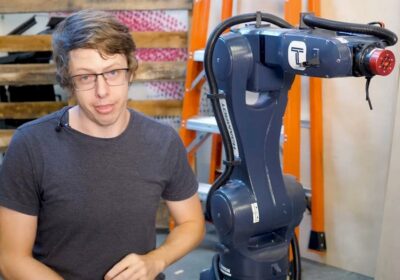 If you thought doing a jigsaw puzzle was mundane, an inventor has now created something even more pointless: a robot that can do them for you.

Inventor Shane Wighton has created 'Jigzilla', a powerful robot that can solve tough jigsaw puzzles using a robotic arm and a vacuum system.

The robot uses a small suction cup to pick up pieces and then, using AI and a vacuum system, it can identify them and rotate them into place.

READ NEXT: Brit who lost £150m of Bitcoin at the dump says he'll give everyone £50 if he can look for it

Wighton's long term goal is an all-white puzzle which reportedly takes humans about a month to complete.

He said: "There is a lot going on in this robot but fundamentally it's only doing two things. moving pieces around and taking pictures of them.

"The robots are using a little suction cup to pick up pieces because it would be really hard to make a little hand."

However, Wighton says he still has an enormous amount of work to do until he can complete the 5000-piece puzzle.

This puzzle is completely white which makes it very very difficult for even skilled puzzlers to complete.

Showing the slow movement of Jigzilla, Wighton said that his current algorithm "is so slow that it would take about 3000 years to solve" the 5000-piece puzzle.

Ultimately, he wants the robot to work with any jigsaw of any size so that nobody has to bother with one ever again.