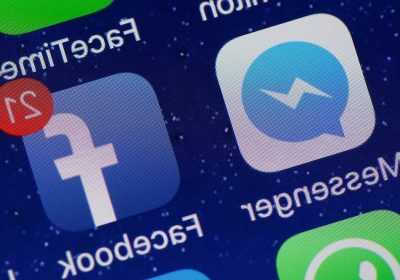 Florida will not be allowed to enforce a controversial law that would have enabled individuals to sue big tech companies over censorship, a federal judge ruled.

The law — which Gov. Ron DeSantis signed into law in May, claiming it would protect free speech — would have allowed individuals to sue social media companies if they feel they have been “unfairly censored.”

Under the law, the state also could fine platforms thousands of dollars for each day they suspended or banned political candidates.

The bill only applied to large social media firms like Facebook and Twitter and contained an exemption for internet platforms “operated by a company that owns and operates a theme park or entertainment complex” — a provision that critics said was designed to placate companies like Disney and NBCUniversal that are crucial to the state’s tourism sector.

In a preliminary injunction issued Wednesday, Northern District of Florida judge Robert L. Hinkle blocked the state from enforcing nearly all parts of the law, writing, “Balancing the exchange of ideas among private speakers is not a legitimate governmental interest.”

“[The law] discriminates on its face among otherwise-identical speakers: between social-media providers that do or do not meet the legislation’s size requirements and are or are not under common ownership with a theme park,” Hinkle added. “The legislation does not survive strict scrutiny.”

Gov. DeSantis’ office told The Post that it will fight the decision.

“We plan to immediately appeal to the Eleventh Circuit Court of Appeals,” said DeSantis Press Secretary Christina Pushaw. “Gov. DeSantis continues to fight for freedom of speech and against Big Tech’s discriminatory censorship.”

Wednesday’s injunction was prompted by a suit filed just days after the bill was signed into law by two trade groups — NetChoice and the Computer and Communications Industry Association — that represent big tech companies including Facebook, Twitter, Google and Amazon.

“When the State’s own lawyers can’t explain how the law works or even identify to whom it applies, there’s just no way that Florida’s enforcement of that law would keep users, creators, and advertisers safe from the tidal wave of offensive content and hate speech that would surely ensue,” said Szabo in a statement.