Home » Technology » Keep iPhone 12 away from pacemakers as a precaution, say Apple and medical experts

Keep iPhone 12 away from pacemakers as a precaution, say Apple and medical experts 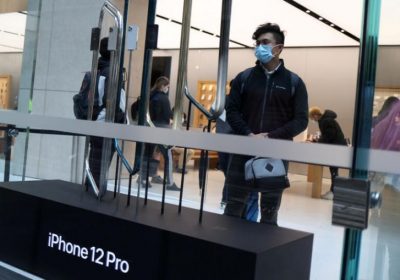 SINGAPORE – People with pacemakers and defibrillators should keep the new Apple iPhone 12 away from their implants, noted medical experts and the tech firm.

Apple said on Saturday (Jan 23) that magnets and radio elements in these phones and their MagSafe wireless chargers could interfere with medical devices like implanted pacemakers and defibrillators, which “might contain sensors that respond to magnets and radios when in close contact”.

Other MagSafe accessories with magnets for wireless charging have similar issues.

Magnets are used to speed up wireless charging.

Apple said the newer iPhone 12 models are not expected to pose increased risk of interfering with medical devices than older models despite the new phones having more magnets.

Medical device company Medtronic, which analysed the technology behind the iPhones, also found no increased risk.

Even so, Apple said that iPhone 12 and MagSafe devices should be kept 15cm away from implants. The safe distance doubles to 30cm when charging wirelessly.

Medtronic, which makes implanted defibrillators, also advises patients with implanted heart devices to maintain a 15cm distance between their implants and all mobile phones.

“But consult with your physician and your device manufacturer for specific guidelines,” added Apple.

Consumers should stop using their iPhones or MagSafe accessories if they feel they are interfering with their medical devices, the firm said.

Medical experts also advised caution, adding that the risk of interference from magnets has been known for some time.

Dr Reginald Liew, a senior consultant cardiologist at Mount Elizabeth Novena Hospital, said the risk of electromagnetic interference has been tested in other smartphone models and older ones in some studies.

“Most found the risk to be very low or negligible, although one study found that the close proximity of the iPhone 6 to implanted devices can cause… interference,” said Dr Liew.

“So, the general advice is to avoid placing the smartphone close to the device. We also advise patients with pacemakers and implantable cardioverter defibrillators to avoid close contact with large industrial magnets and very powerful stereo speakers.”

Pacemakers help a patient maintain a regular heartbeat, while implanted defibrillators monitor the heartbeat and send a jolt to the heart if the rhythm becomes irregular. The two can be combined as well.

It was not clear why Apple issued the magnet warning only recently but tech news website The Verge noted that the Heart Rhythm journal published findings on Jan 4 showing that the iPhone 12 could deactivate an implanted Medtronic defibrillator when placed over it.

But it pointed out that the research was done on only one person.

Medtronic also said that the study did not follow the safe distance advice for the implant.

“When used as directed, there is no increased risk of interference,” the company said.