Microsoft really wants all of its PC users switching to the latest version of Windows 10. Since this new operating system was announced back in 2015 the US firm has been on a non-stop drive to convince people it’s worth upgrading to its updated software.

One of the biggest reasons to make the switch came when Microsoft stopped supporting Windows 7 back in January which means those using this ageing operating system are now far more at risk from cyber attacks and PC-breaking bugs that won’t get fixed.

However, despite all of these warnings and worries, it seems Windows 7 remains hugely popular and people are not ditching it as quick as Microsoft may have hoped.

Let’s be clear, Windows 10 is still way out in front with latest stats from NetMarketShare suggesting it has 61.26 percent share of the market – that’s up from 60.57 percent in August.

So, Windows 10 is winning the battle but where things get interesting is that Windows 7 still has a 22.77 percent share – amazingly that’s also up from August. 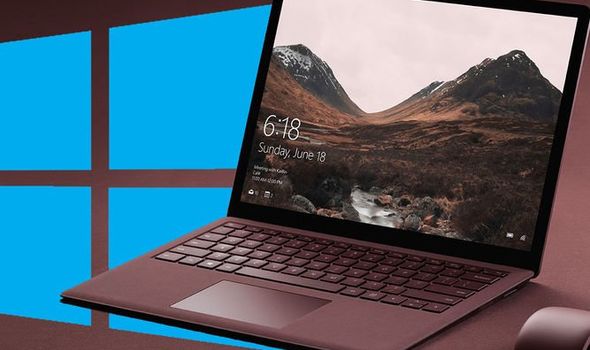 This means more people actually switched to Windows 7 than left it.

It’s unclear why Windows 7 has seen growth but these are not the stats that Microsoft would have been expecting or wanting.

Of course, despite all of its great new features, Windows 10 has been plagued with issues with recent updates even causing some PCs to crash and accessories such as printers to suddenly stop working.

In a post on its support page Lenovo stated that “after installing the August 2020 cumulative update for Windows 10 Version 2004, users may notice one or more of the following symptoms including the Blue Screen of Death (BSoD) when booting.”

If you are sticking with Windows 7 then you are doing so at your own risk.

Microsoft has made the dangers very clear and using it could leave your PC open to attack.

In a statement posted earlier this year, Microsoft warned: “If you continue to use an unsupported version of Windows, your PC will still work, but it will become more vulnerable to security risks and viruses. Your PC will continue to start and run, but you will no longer receive software updates, including security updates, from Microsoft.”