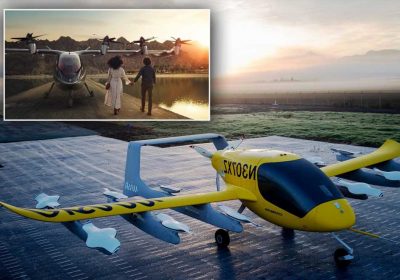 How Facebook is turning beloved American values on their head

A pair of deep-pocketed Silicon Valley aviation startups fired fresh salvos in a bizarre legal dogfight this week, with each escalating accusations that the other has stolen its trade secrets.

On Tuesday, Archer Aviation — whose backers include Alex Rodriguez and Jennifer Lopez, United Airlines and Stellantis, the auto giant that owns Fiat-Chrysler and Ferrari — slammed rival Wisk Aero for a “baseless lawsuit” it filed this spring alleging Archer stole its futuristic airplane designs.

Archer — which in February announced plans to go public through a $3.8 blank-check deal — said Wisk’s “clear intended purpose [is] to disrupt Archer’s business and impede Archer’s growth as a competitor.”

Wisk — an “air taxi” startup backed by Google co-founder Larry Page and aviation giant Boeing — had alleged in an April lawsuit that Archer ripped off its electric-powered airplane design when it hired away several of the company’s engineers in December 2019 and January 2020.

On Wednesday, Wisk claimed in a court filing that within just seven weeks of making the hires, Archer assembled a comprehensive aircraft design that was “stunning in its reliance” on its rival’s engineering.

“Many trade secrets are currently being built into Archer’s aircraft,” Wisk alleged in the Wednesday filing, pointing to what it said were proprietary motor, battery and electronics designs.

But last month, Archer had claimed that Wisk is the real copycat, pointing to a December 2019 meeting in which the company’s co-founders Brett Adcock and Adam Goldstein allegedly approached Wisk’s Chief Engineer Geoff Long in Palo Alto as part of an attempt to convince him to defect to their company.

The legal fight has arisen as both companies’ plans for aircraft feature “12-tilt-6” designs — meaning the planes would have 12 rotors on a fixed wing, six of which can rotate downward in order to allow it to take off and land like a helicopter in crowded environments.

Adcock and Goldstein told Long in confidence that the company was working on a 12-tilt-6 plane — and then Long turned around and helped Wisk rip off the design, Archer claims.

This week, Wisk had a different version of events, claiming that at the meeting Long “immediately recognized” the design Adcock and Goldstein were describing as Wisk’s design.

“Long was concerned, and he told Adcock and Goldstein that they were describing a Wisk design,” Wisk wrote in Wednesday’s filing. “Justifiably alarmed, Long conveyed what he learned to his superiors.”

On Thursday, a spokesman for Archer — which also counts former Walmart e-commerce head Marc Lore and venture firms like Greycroft and Troy Capital Partners among its backers — blasted Wisk’s Wednesday filing as “a desperate attempt to deflect attention away from its own misconduct and the material falsehoods at the heart of its lawsuit.”

“Specifically, Wisk rushed to prepare and file the patent application at issue almost immediately after Archer’s founders disclosed Archer’s eVTOL designs to Wisk’s Chief Engineer during a recruiting meeting,” the spokesman said in a statement. “Contrary to the litigation story Wisk has crafted, Wisk did not begin any design or development program for a 12-tilt-6 eVTOL aircraft until after it learned of Archer’s designs.”

Palo Alto, Calif.-based Archer also said this week that Wisk has defamed it by falsely claiming in a May blog post that the company was under investigation by the FBI and Department of Justice for allegedly stealing designs.

“Archer’s repackaged counterclaims change nothing,” a Wisk spokesperson said Thursday. “The best it can do is bemoan that it’s being sued for theft of Wisk’s intellectual property.”

The next hearing in the suit will be held next Wednesday.

The legal battle appears to have disrupted Archer’s plan to go public through a SPAC merger. When the deal was first announced, Archer said it planned to complete the transaction by the end of June.

An Archer spokesperson didn’t provide an update on the timeline for the SPAC merger on Thursday. The company said in a release earlier this month that it “remains on track” to complete the merger.