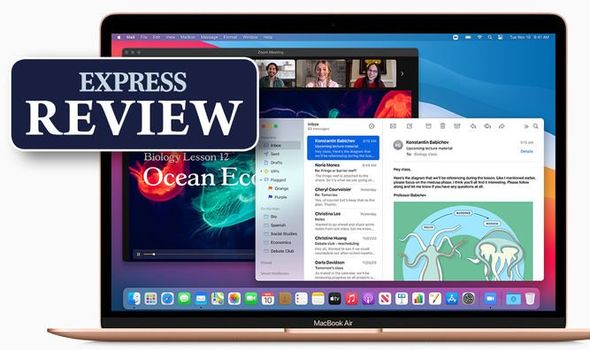 Apple only just rebooted its MacBook Air back in April, but a little over six months later, this iconic laptop is back with one of the most important changes since its launch. Now, before you get too excited, there’s no big redesign, fully edge-to-edge screen, or Face ID to admire as, other than a slight tweak to the function keys on the Magic Keyboard, this very latest machine looks absolutely identical to its predecessor. In fact, Apple hasn’t even thrown-in a new colour to show that you’ve splashed the cash on the latest model.

So, what’s so unique about this latest Mac and why is it such an important release? Well, hidden under the hugely-popular aluminium design is Apple’s all-new M1 processor, which marks the first time the firm has produced its own silicon for a Mac.

We already know what a success Apple’s own-brand chips have proven to be in products like iPhone and iPad, with its rivals constantly playing catch up when it comes to raw performance. Apple is now hoping to bring the same magic sauce to its laptop and desktop computers, with the firm ditching Intel in a bid to make things faster and much more efficient.

The new brains, known as the Apple M1, is the first system on a chip (SoC) designed specifically for Mac and has been built using a cutting-edge five-nanometer process technology. This basically means the most important components are tightly packed into one neat bundle, which makes processing data much faster and requires less energy. 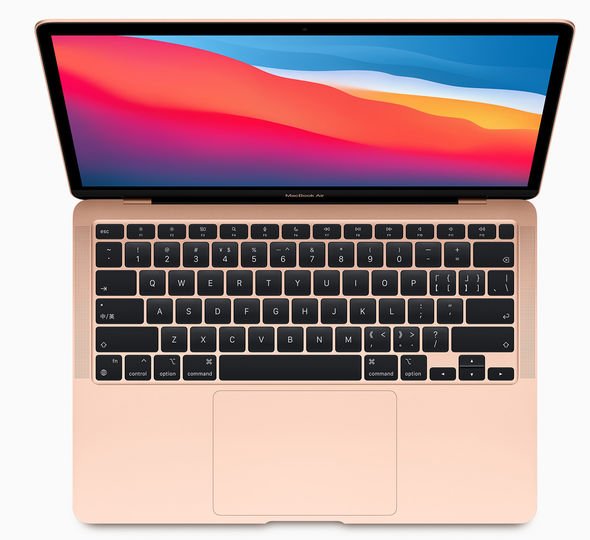 We’ve been using the Air for almost a week and there’s no question that the future looks very bright for the Mac.

The M1 is clearly a very powerful processor with Apple’s suite of apps launching before you have time to blink. Software such as Safari, Pages and Photos all seem so much smoother than before and even switching on this machine to check your morning emails is improved – with the Retina display springing into life before you’ve even opened the laptop lid.

Apple has designed the M1 chip to perform in perfect harmony with its latest version of macOS, known as Big Sur, and there’s not a hint of stutter as you switch between Apple apps, launch the settings menu, or check your messages in the new Notification Center.

The new M1-powered MacBook Air is an absolute joy to use and there’s another bonus of this processor as its far more efficient. In fact, Apple has even been able to ditch the fan from inside the Air, which means your meetings won’t be interrupted by the whirl of the cooling system. 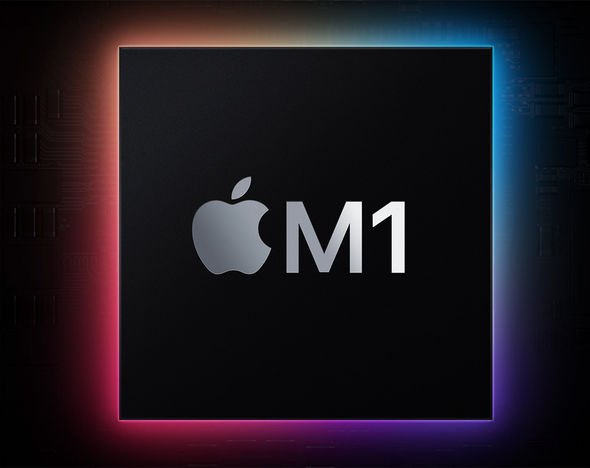 We have had some complaints in the past about Apple MacBook’s feeling the heat, but the new Air has stayed very cool on our lap despite being put through some memory-munching tasks.

Along with being able to include a fanless design, there’s also a big boost to the battery life which is definitely noticeable. We’ve used the MacBook Air for a full day of work and the battery hasn’t run flat on us.

We’re still running a few more tests and will update this article in the coming days, but right now, we’re confident that Apple’s claims about vastly improved battery performance seem to be accurate.

So, that’s the good news about the M1 chip but there is a word of warning. 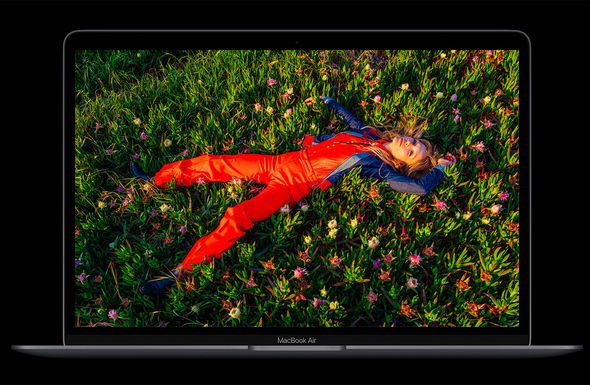 All of Apple’s own apps have been optimised to work seamlessly with this processor …but a lot of applications are still primed for Intel.

Apple has launched its Rosetta 2 translation software which is designed to ensure all of your favourite apps work on this new machine, but we’ve noticed some software still struggles with the change.

Perhaps the worst offender is Google Chrome, which is not enjoying the experience of being loaded on an M1-powered machine. This immensely popular web browser really struggles with painfully slow load times and the most simple of tasks feeling sluggish and slow.

Chrome does work on the Air but it’s no fun to use and, until Google release an M1-optimised version, you’re probably want to avoid launching it at all. We’ve also used apps like Trello and Slack, which aren’t anywhere near as bad as Chrome but certainly don’t offer the same slickness as Apple’s own-brand software.

Weirdly, Adobe’s Photoshop isn’t suffering from the same issues. And with the firm already bringing out a beta test of its M1-optimised Photoshop, it looks like things will get even better soon.

Of course, like Adobe, most developers will be planning to release updates in the near future which will be optimised for Apple’s M1 chipset, but early adopters should be aware that some applications might not run as smoothly as others. In fact, some will run worse than on the MacBook Air launched earlier this year. 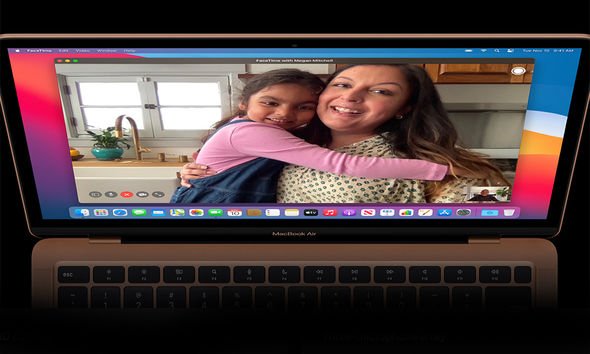 As we mentioned earlier, other than the new processor and improved battery life, little else has changed on this MacBook Air. But that’s not a bad thing. The Air still looks fabulous and is the ultimate MacBook for those that want something that’s lightweight but powerful.

The 13-inch Retina screen still dazzles and the new Magic Keyboard, which arrived on the Air earlier this year, offers a fabulous typing experience. There are also some tweaks to the function keys with Spotlight Search, Dictation and Do Not Disturb keys all now making an appearance.

Of course, the Air features the market-leading Force Touch trackpad which its rivals still can’t get anywhere close to matching and there’s a fast Touch ID fingerprint scanner for easy access to your files and Apple Pay.

Some other improvements include faster SSD storage, which should speed up export times and there are better video calls thanks to the M1-powered FaceTime HD camera. We’ve run a few tests on this video-calling camera and it appears to be better than some of Apple’s previous laptops with the image appearing slightly sharper despite still only being 720p quality.

If you’re looking for the ultimate video call machine, it still worth plumping for the new iMac, which offers much better video quality.

Finally, the MacBook Air has the usual two USB-C ports for charging and plugging in accessories. Sadly, like the previous Air, these are both positioned on the same side which is mildly annoying as you won’t be able to charge from either side of the laptop – so some desk rearranging might be necessary.

The Air still looks just as good as before with a design that will easily survive life in your backpack. 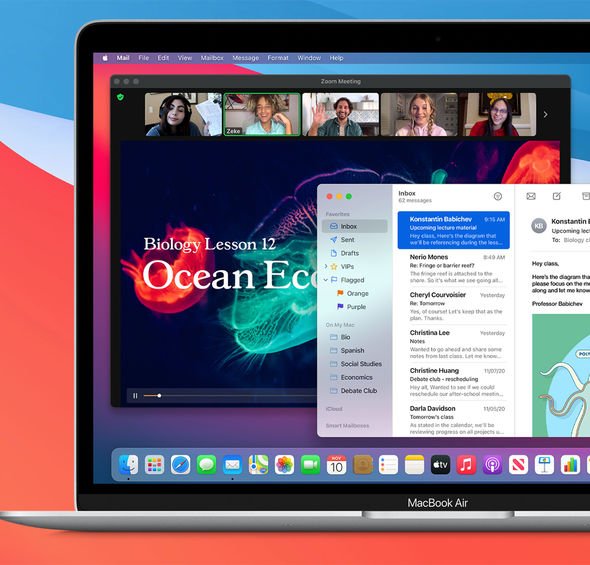 PROS: Apple apps are supremely fast • Fan-less design makes the Air cool and silent • Much-improved battery life
CONS: Some apps such as Chrome are painfully slow • Only two USB-C and both on the same side

There’s no question that the future is looking very bright for the MacBook. This brand-new Air demonstrates what the next generation of laptops will be capable of, thanks to the fast loading times and better battery life.

When running Apple’s own apps, like Safari and Pages, the experience is supremely slick with everything opening in the blink of an eye. The battery life is also much improved and the fanless design means this Air is totally silent – no matter how hard you’re pushing it.

So that’s the good news, but there is some work to be done before MacBook Air owners can feel fully confident that the M1 is the way to go.

Third-party apps, like Chrome, have shown what happens when the software isn’t optimised for M1 with the experience leaving a lot to be desired. Since Chrome is comfortably the most popular browser on the planet, we’re pretty confident that Google will be quick to update it for M1 machines. However, it’s worth checking the apps that you rely on day-to-day before making the leap to an M1-powered MacBook – as some developers will take longer than others, especially with niche apps for work or education.

As more developers launch applications designed for this new breed of MacBook, things are going to improve at a rapid rate. If you’re desperate to upgrade right now, the new MacBook Air is a great laptop but expect some initial glitches when using anything that isn’t Apple’s own software.

For those who can wait a few months for developers to catch up, things look hugely promising. Either way, one thing is certain – it’s an incredibly exciting road ahead for Mac fans.