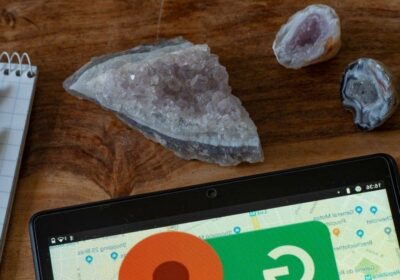 A man who claims to have memorised the entirety of Google Maps is able to identify any place in the world simply by glancing at a random image from Google Street View.

An American, Trevor Rainbolt is one of the world's top 'GeoGuessr' players in the world. This game sees people look at randomly selected Google Street View images and then guess where in the world they think it was taken.

Trevor, who shares his progress on TikTok, is able to identify a country just by looking at the trees, grass, or even the sky in an image.

READ NEXT: Weirdest ever Google Maps finds from UFOs to Big Foot

He has wowed more than 1.2 million TikTok users by guessing countries after guessing at an image for 0.1 seconds.

Trevor told Motherboard that he has played Geoguessr more than 10,000 times, which has given him the ability to learn what the entirety of the world looks like.

He says he was 'horrible' at the game when he first started playing, but now says: "I really fully believe anyone is able to do this."

So, instead of memorising the entire world, he has been able to learn key identifying features through a lot of repetition.

Trevor said: "When you play the game so much, you get such an intuition and such a vibe of what certain regions of the world look like that things become very much second nature and a sixth sense."

He has admitted, however, that he struggles with certain regions, such as telling different urban areas in Europe apart or identifying Russia.

All of this comes despite the fact that Trevor has never left the US to travel abroad. He has since quit his full-time job to become better at GeoGuessr.