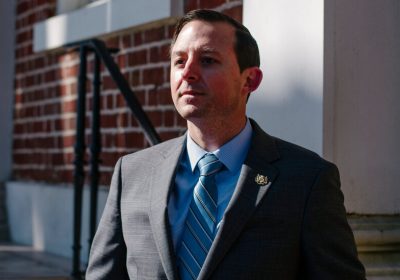 State politicians, struggling with yawning budget gaps from the pandemic, have made no secret about their interest in getting a bigger piece of the tech industry’s riches.

Now, Maryland’s lawmakers are on the verge of taking a new slice, with the nation’s first tax on the revenue from digital advertisements sold by companies like Facebook, Google and Amazon.

The state’s House of Delegates voted on Thursday to override the governor’s veto of the proposed law, and the State Senate is expected to follow suit. The tax would generate as much as an estimated $250 million in the first year after enactment, with the money going to schools.

The approval would signal the arrival in the United States of a policy pioneered by European countries, and it is likely to set off a fierce legal fight over how far communities can go to tax the tech companies.

Other states are pursuing similar efforts. Lawmakers in Connecticut and Indiana, for example, have already introduced bills to tax the social media giants. Several other states, like West Virginia and New York, fell short of passing new taxes on the tech giants last year, but their proponents may renew their push after Maryland’s success.

The moves are part of an escalating debate about the economic power of the tech giants as the companies have grown, become gatekeepers for communication and culture and started to collect reams of data from their users. In the United States, law enforcement agencies brought multiple antitrust cases against Google and Facebook last year. Members of Congress have proposed laws to check their market power, encourage them to moderate speech more carefully and protect their users’ privacy.

Maryland’s tax also reflects the collision of two economic trends during the pandemic: The largest tech companies have had milestone financial performances as social distancing moved work, play and commerce further online. But cities and states saw their tax revenues plummet as the need for their social services grew.

“They’re really getting squeezed,” said Ruth Mason, a professor at the University of Virginia’s law school. “And this is a huge way to target a tax to the winners of the pandemic.”

Lobbying groups for Silicon Valley companies like Google and Facebook have joined other opponents of the law — including Maryland Republicans, telecom companies and local media outlets — in arguing that the cost of the tax will be passed along to small businesses that buy ads and their customers. Doug Mayer, a former aide to Gov. Larry Hogan who now leads a coalition backed by industry opponents of the tax, said at a news conference last week that the law’s supporters were “using this bill to take a swing at out-of-state, faceless big corporations.”

“But they’re swinging and missing and hitting their own constituents in the mouth,” he said.

Bill Ferguson, a Baltimore Democrat who is president of the State Senate, was a main driver behind the bill. He said he was inspired by an Op-Ed essay from the economist Paul Romer proposing taxing targeted ads to encourage the companies to change their business models.

“This idea that one outsider can exploit and use the personal data of another area and pay nothing for its use, that doesn’t work in the long run,” Mr. Ferguson said.

Maryland’s Democratic-controlled legislature passed the tax with veto-proof majorities last March. But Mr. Hogan, a moderate Republican, vetoed the measure in May.

“With our state in the midst of a global pandemic and economic crash, and just beginning on our road to recovery, it would be unconscionable to raise taxes and fees now,” Mr. Hogan said in a letter explaining his reasoning.

For months, the organization, Marylanders for Tax Fairness, backed by some of Silicon Valley’s top lobbying groups, has warned Maryland lawmakers in spots on cable news and local radio that a proposed tax on digital advertisements is a “bad idea” at a “bad time.”

The coalition has highlighted the stories of small businesses that it says will ultimately pay the cost of the new tax when they buy online ads.

“A new $250 million tax during a pandemic,” said the deep-voiced narrator of one ad over a video of a bar in Annapolis. “Tell your legislator: Stop the digital ad tax.”

While some states apply a sales tax to some digital goods and services when they are bought by customers, the Maryland tax would be the first to be applied solely to the revenue a company got from digital advertising in the United States, experts said. The state’s lawmakers are expected to approve a second bill in the coming days making clear that the tax does not apply to media companies and that the cost cannot be directly passed along to businesses that buy ads, although critics say the tax would still lead to higher prices for ads.

European policymakers have turned to digital taxes in recent years as part of a larger regulatory push against the American tech giants. France has imposed a 3 percent tax on some digital revenue. Austria taxes income from digital advertising at 5 percent. The European efforts were condemned by the Trump administration, which threatened to impose tariffs on French goods over the issue.

“I don’t think the issue’s any different in Maryland than it is in California, India, France or Spain,” said State Senator James Rosapepe, a Democrat who is the vice chair of the taxation committee. “Given that they’re so profitable, they ought to be paying taxes.”

Opponents may argue that because the largest tech companies are not based in Maryland, the law would tax activity that originated outside the state, violating the Constitution. They may also argue that the law runs afoul of a federal law that says taxes on digital goods or services must also apply to equivalent physical products.

“It’s tax discrimination,” said Dave Grimaldi, the executive vice president for public policy at IAB, an online advertising trade group. “There will be all manner of challenges as soon as it is enacted.”

But the law’s backers said they believed they were on solid ground to start taxing the giants.

“We anticipate that, even in overriding, it is likely that the industry will file a lawsuit,” Mr. Ferguson said. He said lawmakers had asked the state attorney general’s office if it felt it could defend the law.