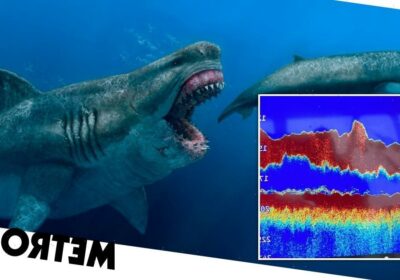 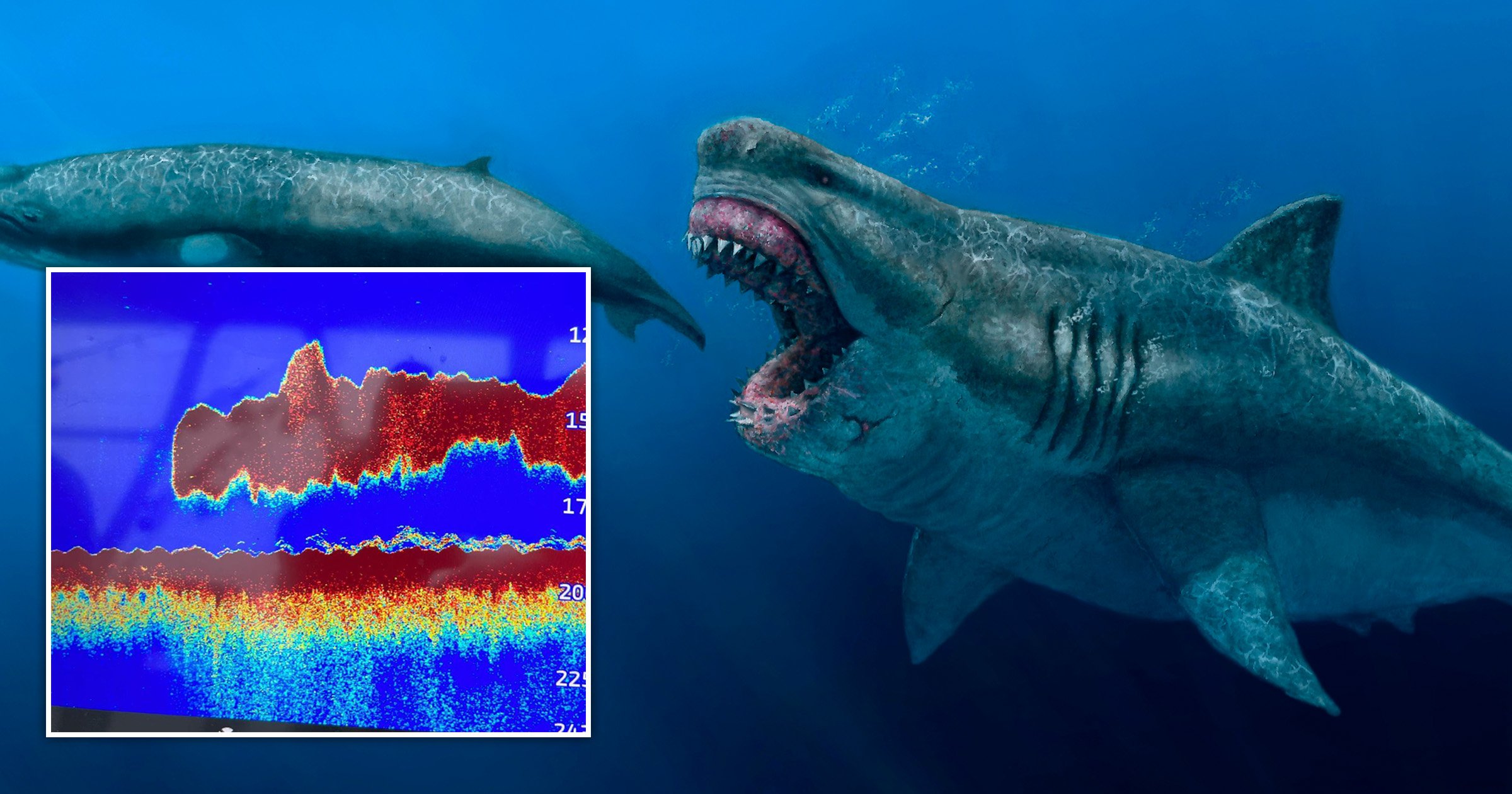 Scientists detected what appeared to be a 50-foot ‘Megalodon’ shark through sea scanners under their boat.

The researchers with the Atlantic Shark Institute shared an image shaped like a massive prehistoric shark, including a dorsal fin.

‘On a recent shark research trip we were all amused to see this shape appear on our fish finder for several minutes,’ the institute posted on Instagram earlier this week. ‘Based on the length of the image we estimated the “Meg” to be about 50 feet long, weighing in at 40 tons!’

Meg is the name of a 2018 horror film based on a book on the largest known fish that became extinct 2.58million years ago. The Megalodon is believed to have reached up to 59 feet long, which is three times the longest great white shark, and weighed 143,000 pounds. It had a mouth that was 10 feet wide and apparently ate huge prey like whales.

But the looks of the image turned out to be deceiving.

‘We waited for one of the rods to go off however, much to our disappointment, the shape started to transition into a large school of Atlantic Mackerel that hung around the boat for about 15 minutes,’ the institute wrote.

‘So close, but so far! The Megalodon (Otodus megalodon), disappeared more than 3 million years ago and will likely stay that way, but, for a few minutes, we thought he had returned!’

It was not the first time in recent years that people believe they saw a Megalodon in the water.

Last year, passengers aboard a cruise ship saw a huge shark in the Atlantic Ocean and presumed it to be a Megalodon. But other people identified it as a basking shark that eats plankton and is anything but an apex predator.

Researchers earlier this year suggested that the Megalodon went extinct in part due to competition for food with great white sharks.