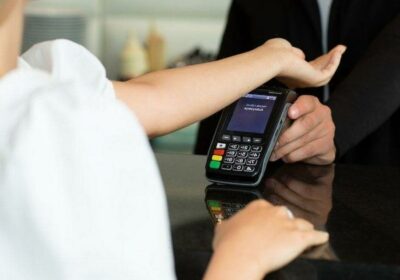 The use of physical cash has been declining for years, but this trend only accelerated during the pandemic when contactless became the name of the game.

However, hundreds of people are deciding to go much further than simply foregoing chip and pin⁠—by getting a microchip implanted into their skin which can be used instead of a credit card.

British-Polish company Walletmor became the first company to offer NFC (near-field communication) payment chips last year, and claims to have already sold more than 500 of them to willing customers.

The chips can be used anywhere that accepts contactless payments and are considered medically safe.

Walletmor CEO Wojtek Paprota told the BBC: "The implant can be used to pay for a drink on the beach in Rio, a coffee in New York, a haircut in Paris – or at your local grocery store."

He added: "Chip implants contain the same kind of technology that people use on a daily basis. From key fobs to unlock doors, public transit cards like the London Oyster card, or bank cards with contactless payment function."

Those who have had a chip implanted say they get 'priceless' reactions from cashiers. A self-proclaimed biohacker from the Netherlands, Patrick Paumen said that "the procedure hurts as much as when someone pinches your skin."

Paumen, who has 32 implants in total, even has magnets embedded in his fingertips so he can pick things up with ease. He said: "Technology keeps evolving, so I keep collecting more. My implants augment my body. I wouldn't want to live without them." Currently, the chips only store information locally, don't require a power source, and don't keep much private data on them.

However, some are concerned that they could be used in future as a surveillance tool that tracks people.

Professor Nada Kakabadse told the BBC: "There is a dark side to the technology that has a potential for abuse. To those with no love of individual freedom, it opens up seductive new vistas for control, manipulation and oppression.

"And who owns the data? Who has access to the data? And, is it ethical to chip people like we do pets?"