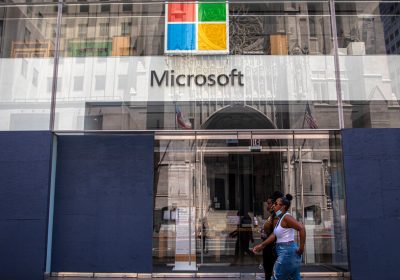 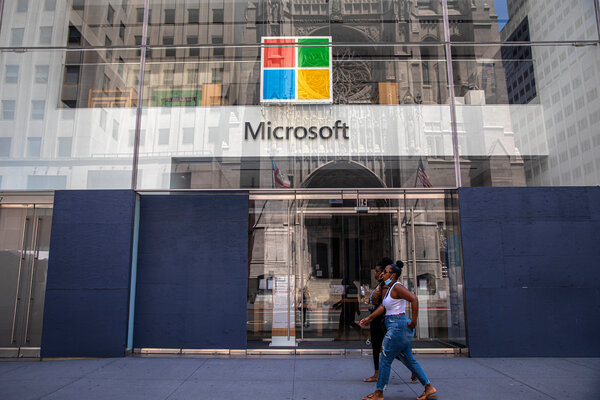 Microsoft on Tuesday reported that its quarterly sales grew at one of its strongest rates in years, as the company was poised to cross $2 trillion in market value.

Revenue rose to $41.7 billion for the fiscal third quarter, up 19 percent from a year earlier, its biggest quarterly increase since 2018. Profits jumped 44 percent to $15.5 billion. The results surpassed both the company’s and Wall Street’s expectations, underlining how Microsoft and other big tech firms have been winners in the coronavirus pandemic.

“Over a year into the pandemic, digital adoption curves aren’t slowing down,” Satya Nadella, Microsoft’s chief executive, said in a statement. “They’re accelerating.”

Microsoft has closed in on Amazon’s lead in cloud computing, according to data from Synergy Research Group. Amazon has about a third of the growing market, and Microsoft has surpassed 20 percent market share.

Sales of personal computing products rose to $13 billion in the quarter, up 19 percent, as people bought more computers and opted for new devices with larger screens during the pandemic to learn and work from home. Gaming revenue grew 50 percent, fueled by spending on the new Xbox gaming console, which was launched late last year, as well as on Xbox content and services.

The company also benefited from fluctuations in foreign exchange rates, as well as a tax-related court decision in India.